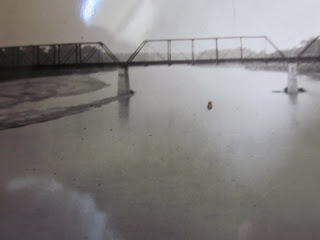 Layered storytelling works well sometimes when you want to tell an epic story that crosses a few generations.  That is the case with the film that The Weinstein Company considers one of its best, “Sarah’s Key” (or “Her name was Sarah”, “Elle s’appelait Sarah”), directed by Gilles-Paquet Brenner.
There may be a little too much coincidence, or it may seem like a setup. But it can be a small world. A Parisian journalist Julia (Kristin Scott Thomas) is about to move into an apartment in a Bohemian section of Paris. Her work on the history of the Vel  d’Hiv roundup in July, 1942 of Parisian Jews, conducted by the French who were trying to make a temporary devil’s bargain with the occupying Nazis, leads her to the discovery of a horrible secret in the apartment.
The film opens in 1942, where there is that knock on the door at a Jewish family’s apartment.  They are carted off to horrific conditions in a stadium and then loaded onto trains for the camps, but the young, precocious girl Sarah (Melusine Mayance), manages to manipulate a guard and escape, and go on to have a real life. But there is this horrific secret. She had locked her little brother in the basement (hence the "key"), to protect him, and after her escape she goes back to find the tragic result.  When she sees the result, her screams are as loud as those in "Sophie's Choice". 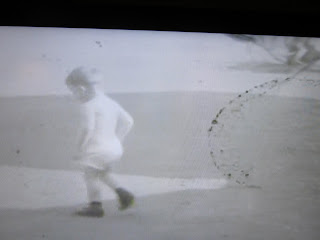 The script does sometimes go into those existential questions that have bothered generations. At one point, a Parisian gentile shouts “they got what they deserve”.  Sarah could wonder, why are we being targeted? What did we do? What did I do?  Indeed, she is shocked when there are no sanitary facilities in the stadium.  She grows up quickly. She will be determined to survive, when some people might not be. But we already know that because she felt protective enough of her brother, even though she made tactically the wrong move.
The film gives some flashback into the 50s and 60s, when Sarah’s guilt over her “mistake” comes back and she takes her own life on the open road.
Here is the official site.
The film is adapted from a historical novel by Tatiana De Rosnay.
Posted by Bill Boushka at 8:05 AM