"Psychosis": When creativity sets its own trap (for a writer) 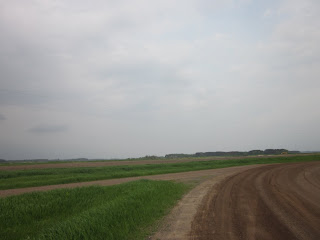 One idea for sci-fi, horror, or even mystery fiction (in movies or books) is to put the protagonist in a problematic position with respect to an number of other characters of variable appeal, and then have it turn out that these characters had been developed in the author’s mind and written up in an as yet unpublished work. That can explain how they got to be who they are (say, if they were angels [from “Angel Earth”] and not ordinary mortals who had to reproduce).
There is a little British film from Lionsgate and E-1 (and Kinsgway Films and Red Sparrow Films), “Psychosis” (2010, 93 min), directed by Reg Traviss, where a mystery and horror novelist  Susan Golden (Chraisma Carpenter) has moved from LA to a country cottage in England, to settle down and get away from it all. (That’s the opposite direction that novelist Clive Barker went after finishing “Imajica”.)  She even goes with her newlywed husband, but that won’t be safe enough.  To make things more dangerous, she has a contract with her publisher to churn out a bloody treat with Microsoft Word (a thriller to be called “Maniac”); she can’t afford to wind up another midlist author, can she?
Soon the visions, phantoms and various characters appear on the property, soon to indulge in bacchanals. They say schizophrenia is a “second sight”.
But the movie gives us a 15-minute prologue that offers an explanation. Back in 1992, some environmental anarchists had set up camp near the construction of a major highway they opposed, and been hunted down quite graphically. (One could make a movie about environmental terrorism, as even going after ordinary people, but that’s a different topic, it turns out.) So it would be all too easy for someone devious and diabolical enough to set her up and trap her with her own imagination.
Then, her husband (Paul Sculfor), while quite striking physically (too much so in the bars), is a bit of a huckster as far as her own careers and may have a secondary motive for her going to “the land of the Angels”. And it seems as though he enjoys his masculinity in the bars just a bit too much.  (So the “Samson and Delilah Bacchanal” scenes aren’t so imaginary.)  Why is this reasonably attractive but smart wife such an easy mark after all? Is it her own past history of mental illness, which is too easy for people to find out about? Or is she a mark just because of her provocative, indirectly self-revealing published writings?
The very end of the film is a violent shock, and totally deserved by the "victim". He "earned" it.
The “official site” on imdb seems to have been “overlaid” by a survey scam site, so the best I could find was on “Killer Reviews” here.
The film is based on a short story named “Dream House” by Michael Armstrong.
Posted by Bill Boushka at 11:39 AM