"My Perestroika", documentary about coming of age as Soviet Union falls, on PBS POV 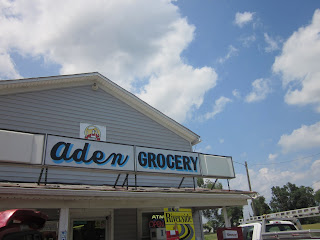 PBS is offering “My Perestroika” , directed by Robin Hessman, on line at its own site through Aug. 28 here   (the full film link is on the right – there are a couple of commercial breaks early), as part of its POV series.   In some cities, the broadcasts started June 28 (July 2 in Washington DC). The film (from Red Square Productions) was recently shown at the West End Theater in Washington DC through the International Film Circuit.
Five kids who grew up under the Iron Curtain are traced is adults in a state-run capitalism, which is not exactly freedom. Most of the historical footage of life in the Soviet system is in black and white and most of the film is in Russian with subtitles.
One man recounts how he was told in the Soviet school system that he had to grow up to become a “real person” and “productive for society”.
A woman recounts living in an apartment and still having summer vacations “by the sea” and claims that married parents had cottages but singles had apartments. I don’t think it was that generous.
Others depict life as “dulling”, the same year after year, but stable.  There is a chilling recount in bw of a nuclear attack drill.
In the middle of the film, there is a sequence depicting the fall of the Soviet Union and the attack on the “White House” at the end of 1991. Yet, as Hessman says, “if you were a student, you went to school. If you were a worker, you went to work.” Much of her material came from 8mm home movies.
A businessman contemplates setting up a dress code for his employees and asks “what’s the difference between Russia and the West?”
Later one of the men notes that the kids, growing up with the Internet and learning how to hack, will get around authoritarian impulses to retake power.
Perestroika was originally linked to “the end of drunkenness” and “restructuring”; them came “Glasnost” (“openness”) and “privatization”.  Heavy smoking is common in the movie.
The on location scenes in drab parts of Moscow remind me of Anthony Hyde’s novel “The Red Fox”.
The main website for the film is here.
Remember the second half of “Angels in America” was titled “Perestroika”
Picture: small business in the US (VA), not in film.
Posted by Bill Boushka at 1:43 PM