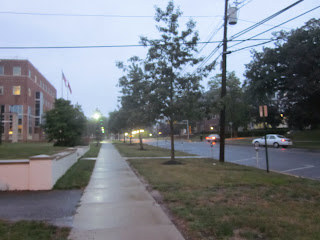 Reelz and Porsche are sponsoring a short film contest explained on “My Daily Magic” for Landmark Film Club members (and maybe others), link here.
The deadline is July 28, 2011.  There doesn’t seem to be any limitation on subject matter.

I get the impression that a video like “Nora, the Piano Playing Cat” on YouTube a few years back could get some traction.  Something that shows animals learning to do things in a surprising way.  Nora really liked to play Bach.
The Nora "franchise" sequel is in fact available
On a more serious note, I suppose a personal documentary investigation could be interesting. I can envision one that would run about 20 minutes.  I can show at one level how I lost a particular substitute teaching job back in 2005.  Then I could show the “Forensics” from my website as to how they accessed it and how “they” (school administrators) must have been “scared” by it (or felt they were put in a compromising position). I could reconstruct the actual events that must have happened behind my back. The result is frightening and chilling. (I eventually got the job back but that’s another matter; my main blog, July 27, 2007).
I can also imagine an interesting short film about what happens when a man responds to an unsolicited email for a gay encounter.  He gets more than he bargained for.  But, hey, that almost sounds like a variation of Carter Smith’s “Bugcrush”.
In 2002, I entered a 4 minute video of a simulated 9/11-type scare at the University of Minnesota in the Flaming Film Festival sponsored by Minneapolis Intermedia Arts.  It was shown.  It was called prosaically "Bill's Clips" and taken on a Sony camcorder current for its day. The airraid sirens in stereo were pretty effective.
I think that the tragic story of Tyler Clementi deserves a  documentary film treatment, and for entirely different reasons, so does the story of Rabi David Kaye, but these may be too long for short film.
"I am Rogue" sponsored a "Big Break" contest and announced a winner, "Cost of a Soul", here. More later.
And a few years ago Miramax sponsored three screenwriting and directing "Project Greenlight" contests.
Posted by Bill Boushka at 9:07 PM