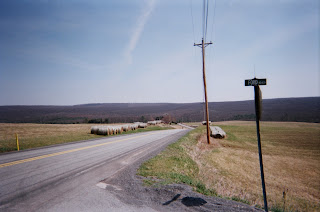 Somehow I missed “Everything’s Cool”, the 2007 documentary about the debate about global warming, from Daniel B. Gold and Judith Helfand.  The film is distributed by City Lights and Red Envelope (Netflix), and probably ThinkFilm; production companies included Toxic Comedy and Lupine.
The original warnings about the possibility of a runaway greenhouse effect, making the Earth someday like a Venus, started in the late 1980s.  In fact, even in the early 80s people noticed we were having the hottest and driest summers ever, and by the late 1980s western wildfires (Yellowstone) appeared, in a world not used to them yet.  (I recall a 1978 wildfire in the LA area, big news then;  now they happen every year).
Policy makers entered the debate, the conservative to libertarian side saying that nature always oscillates, and that a wealthy world is better off than a rustic one. On the other hand, the economy depends on a planet that behaves itself; it’s not the other way around.
Policy makers and think tank employees (even at Cato, according to the film) say that their studies are funded by one-sided interests (the oil or coal industries). So Ross Gelbspan leaves  “the publishing establishment” and eventually writes “Boiling Point” (link ), after “The Heat Is On”.   He says that pursuing the truth on your own as a free lance “make you feel good”, but it’s “a curse to know this stuff”.  “Real people” will ask “why bother?”  It goes existential.
The film gets into the political censorship of the W Bush administration, as well as the musical chairs in the job market. Toward the end, Leonardo Di Caprio, Al Gore (“An Inconvenient Truth”, book and 2005 film), Barbara Walters and Oprah all appear.
The “Climate Code” show (2006)  with Dr. Heidi Cullen is covered.
Finally, in 2006 or so, organizers in Vermont and other states hold marches and hikes to show public support for policies that recognize the need for much lower carbon emissions.
The current official site is here.

The DVD Bonus Footage contains several short films: "An Alternate Approach", "More from Do You Care Truck", "Extended Shishamareff", "Rick and the Bar Mitzvah", "We Could Just Adapt", "A Message from the North" (with Jake Gyllenhaal making a visit), "Jeff Nachmanoff and DAT" (with more commentary about the importance of the 2004 Roland Emmerich film "The Day After Tomorrow" (20th Century Fox), where entertainment engages the public more than documentary "information".

There are also five "Activist Extras": "Everything's Cool at Sundance's Leveraging Film Festival". "Set Up: A Day of Action", "Biofuels High", "Green Jobs Revolution", "Youth Unite for Clean Energy". The last short, the most substantial, presents youth undergoing a 3-day fast in front of the White House (not just a 30 hour fast) because the US wouldn't sign the Kyoto agreements. Another student drops out of college (sacrifices) to start a green "social movement". The relevant web link is Climate Challenge here.

These short films come from "Working Films".
Posted by Bill Boushka at 9:52 AM