"Submarine": Oliver Tate will make you sit up and take notice of him, just because of his pen 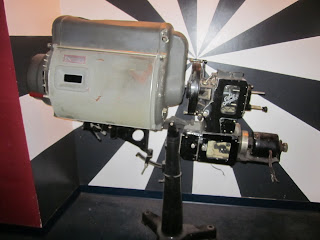 In the Welsh coming-of-age comedy “Submarine”, which Ben Stiller helped produce, Olive Tate is certainly the kind of 15-year-old one would want for a son if one had children.  He’s articulate, talented, hardworking, and people-smart. He’s concerned about breaking the “barrier” – at probably too young an age – in his own dating relationships, but he also connives to save his parents’ marriage – and that’s unusual.
Craig Roberts (19 at the time of filming) plays the part with great self-confidence, demanding respect in his narrative.   He says “most people think of themselves as individuals, believing there is no one on the planet like them.”
The movie has a quirky look. It does sport the spectacular Welsh cliffs and bluffs, and even a power plant. It shows technology of the early 80s – Oliver still does his self-promotion on a typewriter, Barton Fink style – he’s obviously a promising writer.  And there are some weird scenes indeed. For example, Oliver’s girl  friend  (Yasmin Paig) tries to singe the hairs on his shaggy leg with a fireworks sprinkler (electrocution would do the same thing).  The Dogme filming style actually makes this scene work.
Noah Taylor plays the gaunt geek father, struggling in a low level academic job after losing a teaching post, with Oliver just aware of the hardships, even though it seems he stays in private school.  Sally Hawkins is the kindly mom, and Paddy Considine appears as Graham Purvis.
The prep school scenes could have used a little more followup. There's just one line of gay-baiting.
The movie, from British Film4, Red Hour, Optimum, Mars and the Weinstein Company, has official site here.   It’s based on a novel by Joe Dunthorne and directed by Richard Ayoade.
There was a fair crowd Saturday night at the Charles Center in Baltimore, near the overstuffed gay pride block party up the street.
Posted by Bill Boushka at 7:58 AM