"Hey, Boo: Harper Lee and 'To Kill a Mockingbird'": a meta-documentary 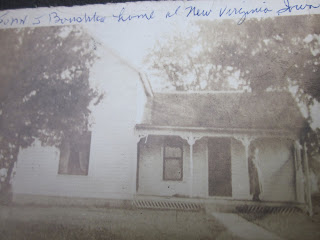 When I substitute taught in high school English classes, I found that Harper Lee’s “To Kill a Mockingbird” was common reading.  Once or twice, the students watched the 1962 Universal black-and-white film with Gregory Peck as Atticus.  I was just a little too early for this;  the novel was published in 1960, and I graduated from high school in 1961.  We read “Silas Marner” and later “The Scarlet Letter”.
Mary Murphy has a new documentary about the writing of the novel and the influence it had, titled “Hey, Boo: Harper Lee and ‘To Kill a Mockingbird’”, which I saw today at the West End Cinema in Washington.
Boo Radley was played by a mute Robert Duvall in his first role, and was the somewhat autistic and shadowy neighbor who saves Scout (Mary Badham) and Atticus’s family after Atticus has unsuccessfully defended a black Tom Robinson (Brock Peters) against a phony rape charge, who winds up being lynched.  The line “Hey, Boo” is a famous greeting from Scout near the end of the film.
And earlier there was a famous scene where Atticus explains to Scout that he couldn’t expect his kids to “mind him” if he didn’t take up unpopular cases as a lawyer to do what is right.
The documentary traces the life of Harper Lee, who was a little girl in Monroeville, AL in the depression-era 30s, the time of the book and movie.  She worked as an airline reservations agent but got a gift of one year’s pay so she could stay home and write.  Getting published in those days by a major house was a big deal, and she had to work on the book for about a year after the contract. This was long before computers, just a typewriter.
Scout is more or less like her, a neighborhood boy is based more or less on Truman Capote,  A lot is made of Scout’s “tomboy” independence, although the movie never characterizes her as gay; Truman Capote was of course well known for his lifestyle.  (One Alabama writer comments on the non-gender compliance of both.)   Capote would eventually confer with her when he wrote “In Cold Blood” (there is a scene from the 2006 Warner film “Infamous” their meeting).
Harper’s older sister Alice Finch Lee appears, and still practices law at the age of 99.  Oprah Winfrey, Tom Brokaw, Andrew Young, Scott Turow, James Patterson, and James McBride all appear and comment.
The documentary gives the novel credit for playing a major role in catalyzing the Civil Rights movement.
Lee says she enjoys writing, and her letters are said to be literary masterpieces, but she does not have a followup novel yet.
The theatrical release comes from First Run Features and has this website.
“Documentary Edge” provides this trailer on YouTube:
By the way, I don't think it's any more all right to kill a blue jay than a mockingbird.  A blue jay escorted me from my car to someone's door a couple weeks ago.
Picture: not from film, a family home in Iowa, picture dates from about 1910.