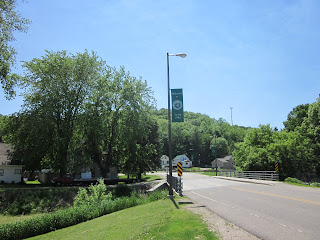 Acuity Productions has an hour long film that explores the problems caused by lower birthrates in wealthier societies, called “Demographic Winter: The Decline of the American Family.”  The film, dating to 2008, has only a skeleton entry in imdb.

Phillip Longman (author of the 2004 book “The Empty Cradle”) starts out. The discussion turns to a definition of “replacement fertility”. Gary Becker from the University of Chicago joins in.   Insese Slesere from the Latvian legislature talks about population decline in Eastern Europe. Kay Hymowitz, author of books on marriage, appears, and then Steve Nock, who believes that gender equality caused everything to change. David Popenoe criticizes cohabiting as pushing up the age of marriage and reproduction. Harry S. Dent appears.

Generally, the film is correct, in that many wealthier countries have fewer children and older populations, with perhaps unsustainable programs to support aging and retired populations. How that affects the policy debate on Social Security and Medicare is now well known in this country. The United States is approximately replacing its population because of immigration and because lower income (often minority and immigrant populations) have more children.  This observation causes critics of the “demographic winter” crowd to maintain that the concept is a right wing call for having “the right babies” and not just more babies.

But it is clearly true, as the film says, that as western society becomes more individualistic, with narrow definitions of “personal responsibility”, the perceived and actual cost to the individual for having children increases, to the point that economics discourages it. But welfare-state attempts to use government programs to balance work and family by forcing employers to provide paid family leave or, as in Sweden, heavy government subsidies for parents, meet with limited success in encouraging birth rate. (The film makes that point by showing Swedish children playing in the snow with “Rosebud” sleds.)

Phillip Longman admits that he has only one adopted child, and that he has developed his concern out of science and economics, although he says the problem could drive him more to faith. (He has written elsewhere that many people are too preoccupied with themselves or “self-absorbed” to have children.)  But the social changes, with a focus on “equality” regardless of gender, may have helped create a climate where men are less interested in reproduction and find much less emotional value (or "excitement") in having families at all. At one point, late in the film, Longman connects all this loosely to today's debates on gay rights or gay marriage and gender parity.

The film comprises a long series of brief interview clips from various social science researchers (some of them do seem to come from "The Right", especially the social and religious conservatives), occasionally with supporting imagery, and takes on the style of presenting another “Inconvenient Truth”.

Here are some of the more specific points in the film:

Population increases for a while as birth rates decline because of a “health explosion”.

Longman argues that failure to replace a population can encourage slavery or indentured servitude.  And he says you never have economic prosperity during depopulation.

Affluence means “we want to live our lives as individuals instead of in large groups.”

Two-thirds of households in western countries are childless, according to the film.

“Adults have a responsibility for children generally” (that means other people's children as well as their own).

The US is barely at fertility replacement, but partly because of out-of-wedlock births!

Those who can economically raise large families are not having them, whereas those who cannot afford them do have them.

Divorce (and singleton-hood) leads to smaller households that are less efficient in energy use and may have larger total carbon footprints.

Men may need women more than women need men. (That was a favorite point of George Gilder in the 1970s and 1980s with his books “Sexual Suicide” and “Men and Marriage”.)  Younger adult men have little appreciation of taking responsibility for raising a new generation, and tend to depend on their parents and remain “Child men”  A related book is "The Natural Family: A Manifesto" by Carlson and Mero.  Check my Books blog, Sept. 18, 2009 and March 28, 2006.

The Romans at one point decided that liberating slaves could increase their population.

The film is narrated by Judith Adolphson, directed by Richard Stout.

The film has a website with synopsis, trailers, and DVD purchase instructions, here. There will be a sequel called “Demographic Bomb”
.
The complete film is currently posted by The SuzuliM on YouTube, in eleven five-minute segments, the first below.

I have a label “population demographics” on my “Bill on Major Issues” blog, with the most important posts March 8, 2009 (with Longman and Gray's proposed “Family-Based Social Contract”) and Feb. 20, 2009. There has been a suggestion that married parents with children should pay much less in social security taxes. 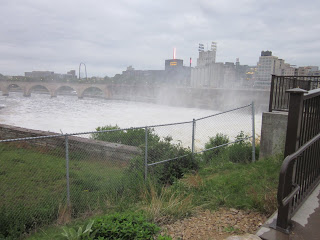 In my own view, the “demographic winter” problem fits into a broader discussion about sustainability and “generativity”. There is a paradox (sort of like one of the “non-contradictions” in elementary particle physics):  to have a society that remains progressive and values the individual, then the individuals have to lay themselves aside sometimes, realize it isn’t always “about you” and accept the idea that a common future is important, and accept as a moral principle that everyone has his own skin in the future that follows him or her. But that could lead to a complete rethinking of the “rules of engagement” and what we really mean, in a deeper sense, by “personal responsibility”. It isn’t all about what starts with personal or “private” choice.  But many of us will remain concerned that it is going to be about "the rules" as they affect us personally and individually.

This is a good film to watch shortly after seeing “The Tree of Life” (reviewed here June 3).
Posted by Bill Boushka at 4:58 PM