A couple more Logo short films: Give me what I want, and I won't go away; cowboys don't need aliens 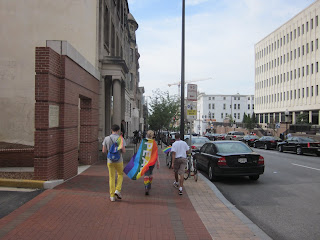 Well, seeking respite from “another real job”, I rather messed up this week. I mistakenly allowed a Netflix DVD of a documentary about Garrison Keillor to get mailed, forgetting I had seen it on PBS and blogged about it, finally finding it. Then I watched the PBS Frontline film “The Madoff Affair”, thinking it was a new take, and discovered I had written this one up two years ago.  It looked good in HD on Plasma. And next time I take a train to NYC I must visit the Lipstick Building.
So I migrated to LogoTV to look for some new short films, and found a UK Film Council/Yorkshire short (12 min) by Dominic LeClerc, “Protect Me from What I Want”.  A white and somewhat immature looking, thin Brit, Daz (Elliot Tittensor) living in a flat picks up a young Middle Eastern man Saleem (Naveed Choundhry) and brings him “home”.  Maybe this is ordinarily post-disco behavior, but not this time. After some intimacy (not as well done as it might be), Saleem sleeps, and Daz can peek at his wallet. No, he remains honest, but he knows he has crossed dangerous political and “religious” boundaries.  (There was a novel “An Affair of Strangers” back in the 80s about this sort of thing in a straight context set in Israel and Palestine.)  But this sort of thing needs a feature-length treatment.  And it’s a bigger issue in the UK than here in the US, probably.
The Logo link is here. 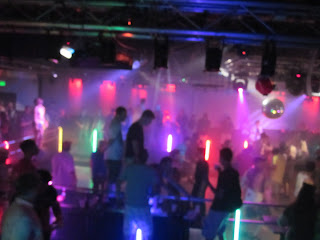 I also tried the 26 minute “German western” short “Cowboy”, by Till Kleinert. Christian, played by Oliver Scherz, is a 30-something real estate agent who visits a run-down farm to make unsolicited offers. He finds a late-teen farmhand “Cowboy” (Pit Bukowski) who eggs him on, first by inviting him to help with the chores, then borrowing his car, then talking about “girlfriends”.  Pretty soon, Scherz has more than he bargained for. The buildup in the film reminds one of Carter Smith’s “Bugcrush”.  (Sorry, no aliens.)
The writing of films like this, is all about the buildup of tension between characters.  I should heed the lesson well.

In both of these films, I could lose the cigarette smoking. It is depressing.
Here's an interview with the director about the Cardiff Festival Iris Prize for this film.
Posted by Bill Boushka at 9:22 PM