"We Were Here: Voices from the AIDS Years in San Francisco" appears in both DC, Baltimore film festivals 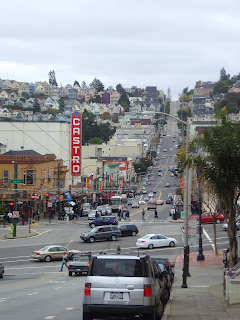 Having missed it at FilmfestDC, I saw “We Were Here: Voices from the AIDS Years in San Francisco” at the Maryland Film Festival (website url site) in the Charles Center Theaters in Baltimore last night. The directors are David Wessman and Bill Weber. 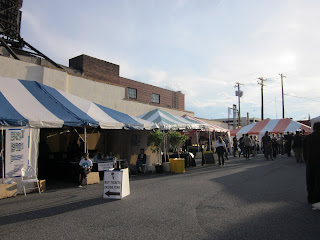 The film interviews five people who lived through the AIDS tornado in the gay community in the 1980s. These are Ed Wolf, Paul Boneberg, Daniel Goldstein, Guy Clark, and Eileen Glutzer.  Weissman and one other interviewee appeared for the Q and A. 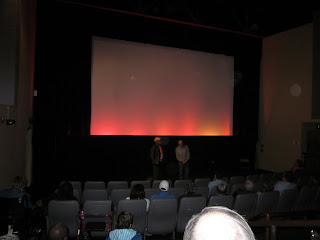 Glutzer decided to go to nursing school just before the epidemic became manifest. Others were men who survived the epidemic, and least two of which are doing very well today on modern medications (protease inhibitors) and have new partners.
The film actually reaches back and looks at San Francisco in the 1970s and briefly covers the Harvey Milk assassination.  The attitude of the gay community around 1980 was “The 80s are ours” as the attitude was that any infection could be treated with a shot. This turned out to be horribly wrong.  In 1981, the initial stories about Kaposi’s Sarcoma (NIH link ) and PCP pneumonia appeared, and by 1982 it was clear there was an epidemic which presented an existential threat to gay men. The film shows graphic images of men covered by the purplish Kaposi’s Sarcoma lesions, which sometimes could cause legs to swell or internal organs to fail. By the late 1980s, KS became less common, even among gay men; there is some evidence that it is caused by a secondary virus, Human Herpes 8 (biologically similar to common herpes), which gets let loose in the presence of HIV infection. That is, KS is more like another "opportunistic infection" than a true cancer; it's growth is multifocal and not usually metastatic.
The film covers the bathhouse controversy, and I remember Silverman’s order to shut them down. I remember saying at a gay softball party in Dallas “The closed the baths in San Francisco.”  We feared they could close everything, and articles suggesting quarantine were legion.
Other major figures in the history of the epidemic, such as Cleve Jones, Bobbi Campbell, and Neil Schram, appear.  I lived in Dallas at the time, and volunteered with the Oak Lawn Counseling Center. Dallas saw its biggest spike in cases in 1985 and 1986. Men, including volunteers and counselors, would suddenly show up at meetings with their forearms shaved for iv's from sudden hospitalizations. One particular guy, Rodney, had been a flight attendant supervisor for American, simply wore long sleeves to work to cover up the evidence of  illness; he made a seemingly full recovery from KS for about a year and bulked back up, to suddenly become ill in 1986 again and pass away the second time. I remember finding him in the Quilt when it lay in Washington on the Mall in 1989 (which the film covers).
The film doesn’t cover the history of the discovery of HTLV-III aka HIV, or the controversy over the test. In fact, the Dallas Gay Alliance at the time (under Bill Nelson, Terry Tebedo) was advising everyone “don’t take the test.”  And in Texas we had to deal with the right wing group “Dallas Doctors Against AIDS”, which tried to introduce a very draconian bill in the Texas legislature in 1983, HR2138, reinforcing the Texas sodomy law 21.06 (eventually overturned in 2003 by Lawrence v. Texas) and imposing a mandatory “must ask must tell” ban on gays working as teachers, in hospitals, or wherever food is prepared.  Fortunately, that measure never got out of committee, but it would make good fodder for another independent documentary film (maybe for me to make).
The film does cover the gradual improvement in medications. The Suramin trial was a catastrophe, but soon AZT appeared, which offered some delay of disease. Eventually, the protease inhibitors would be deployed in the 1990s, and for many patients, these actually work for many years (despite great expense and the supposed “protease paunch” and muscle wasting, which is thankfully not a problem like it used to be), making HIV a chronic disease that is manageable in the way juvenile diabetes is controllable.  The film could have covered the “safer sex” movement, that was widely promoted in Dallas after about 1986, according to my observation.  The youngest gay men, now in their twenties, may not really grasp the history that went before them, and the danger that is out there, and this film will provide an education, and a warning. Stay safe.
The original link for the film is on my April 14 entry on my TV reviews blog of the show "The Gay 80s".(see my Profile and follow the links).
Wikipedia attribution link for picture of Castro street;   My last visit to the area occurred in Feb. 2002.
Posted by Bill Boushka at 7:39 AM