"Thor" falls to Earth; I want to buy a condo on Asgard; the place looks spectacular! 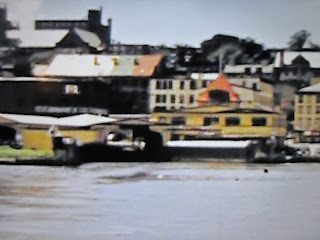 You expect a film by Kenneth Branagh with orchestral music by Patrick Doyle to (1) bring back sets from Medieval or olden times, pre-Shakespeare, and (2) invoke a lot of romantic emotion.  (Maybe that’s not quite true of Branagh on “Sleuth”.)   But when you get to science fiction, you get apples and oranges, or maybe buckyballs.  For “Thor” is indeed a summer movie (Marvel comics, after all), not an arthouse fare, although there is some interesting spectacle.
The premise, that a prince Thor (Australian born Chris Hemsworth) is cast out by king dad (Anthong Hopkins) over a family feud on another planet, and falls to earth, and then has to adapt and learn to become a nice-guy kind of superman,  is a bit hackneyed and is no mystery. (Hemsworth is beefier than David Bowie.) One thing that’s interesting here is the immediate transmission-style telepathy, as if information need not respect the speed of light. (Okay, there could exist a portal that changes space-time, as in a Type III civilization.)  The film makes a point that the ancients (and Norse Vikings) had worshipped the ET’s as “gods”, but that seems distant. 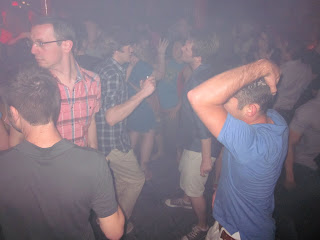 The 3D film jumps back and forth between Asgard (around Gliese 581?) and the New Mexico desert on Earth, with no need for establishing shots.  But the capital city of Asgard, built on a huge waterfront with moats and canals, and British-Columbia-like mountains in the background (Vancouver?) is indeed interesting to the eye.  There is a fiberglass causeway out onto the water to a shrine where a lot of stuff happens, but the city itself is massive, with architecture incorporating elements of both London (the thimble) and Shanghai, with many skyscrapers that look like they were conceived in a solid geometry class.  I wondered how much a condo or apartment would cost in this place (plenty!), how well the economy was doing,  what the restaurants and gay discos would be like, and how good the wireless Internet would be, and if netizens have Facebook accounts.  (Once Zuckerberg colonizes China, he’ll go next for other planets.  There will be Facebook in other solar systems.)  The movie reminded me that a journey to China itself would be, for me, like a trip to another planet, like us but different too.  The next sci-fi movie like this could show us “real life” in a city on another planet.  (I guess Star Wars has done that  -- especially the bar scene in the first film-- but memories fade.  If Clive Barker’s Imajica ever gets filmed, doing so would be a major challenge, as there are several such cities across the “Dominions”.)
Natalie Portman makes a good girl friend for Thor (who is bigger than “Event”’s Sean Walker), and she is less tortured here than as a ballerina; Tom Hiddleston doesn’t remain unscathed as the geeky Loki; Stellan Skarsgard and Colm Feore (as another King, not asking to be given what he wants here as in Stephen King), all star.
Much of the film is shot on location west of Santa Fe, but the indoor production was managed largely in Britain and France.  The film comes from Marvel Studios and Paramount.
The official site is here.
I saw this in a smaller auditorium (cropped from top and bottom) in a Regal in Arlington VA, with air conditioning not working. This is the first time I have seen 3D on a smaller screen.
Pictures: Mine (and from parents' estate): Is there "real life" in an extraterrestrial city?
Posted by Bill Boushka at 7:34 AM

Well, I also have same idea like yours, but I think I need to save more money for that. Thanks for sharing.

I think there will be Twitter and Facebook on space stations and on the Moon and Mars. Putting these on other solar systems requires mastery of space-time worm holes. But Mark is capable of anything (after conquering China first).