"That's What I Am": a preview of the culture wars in a 1960s middle school 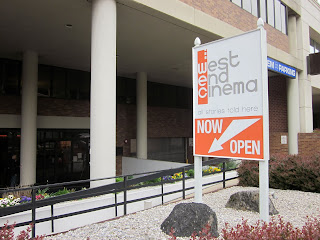 A movie about middle school life in the 1960s does indeed show us that our “culture” has come some way since then. “That’s What I Am” (not to be confused with Shadyac’s  “I Am”, but some mix-up would be a good thing), directed by Michael Pavone, from WWE (World Wrestling Entertainment, which did not make “Win Win”) and Samuel Goldwyn Films, makes us wonder why families and kids behave in the prejudices (by today’s standards) the way they do.  Set in California (but filmed in Louisiana) and centered around an elderish English teacher Mr. Simon (Ed Harris), we wonder why the introspective school principal (Amy Madigan) tries to be understanding with the film’s principle confrontation – but then she’s not understanding enough until she has to be, and we wonder why she has turned a blind eye to all the bullying going on.  But schools today wonder that.
The story is narrated through the eyes, retrospectively from decades later, of one bright kid Andy Nichol (Chase Ellison).  Late in the school year, Mr. Simon assigns a “final paper” for eight grade, and assigns the students to work in pairs.  Simon already has an agenda of teaching tolerance – just now coming out of the Civil Rights movement (the news clips overheard in the movie concern Vietnam), and assigns Andy to work with the “Big G”, a tall redheaded kid  (Alexander Walters) whom others bully only because he is smarter and taller than the other kids and tries to ignore them.  By today’s standards, Big G would be a youth role model.  (No kidding: in Army Basic, “Big G’s” were a PT exercise.)
Andy’s father picks at him for not doing his chores (like mowing the lawn) right the first time, and calls him a “jughead”.  Yet Andy’s parents seem to be more tolerant than some of the others; one blue collar family gets the idea to spread rumors that Mr. Simon, who hasn’t married for 19 years since losing his wife, is a “homosexual.”  (Actually, the first two syllables are used alone.) 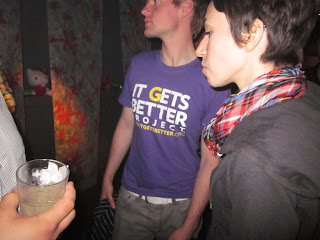 The principal is forced to confront Simon and make him deny it. Simon refuses to dignify the demand. But the blue collar parents insist that the teacher is a role model, that kids look up to him.  He must deny it (almost the way Peter denies Christ, it seems).  Simon eventually “retires” and moves to another part of the country, but not until he sponors a talent show where Big G sings a song a cappella that he had composed (about dreams – and unfortunately, the film made up soundtrack music while he sung, which was a distraction from the effect of the scene.)

No question, Mr. Simon is subjected to a witch-hunt. This is not even "don't ask don't tell" for teachers (well before the Briggs Initiative in California in 1978); it's "do ask do tell" in the worst sense.
Of course, this brought back all my own memories about William and Mary in 1961, discussed elsewhere on my blogs and books (and a planned movie).  But why does the culture encourage parents and kids to behave so badly, according to more modern standards of not just tolerance (Newt Gingrich) but equality, acceptance, and diversity?
Perhaps we have to deal with the idea that man is a social being, and tends to demand conformity so that the family, community, or country can not only survive and have a future. That leads to some pretty awful behavior and corruption, at times.  Now we are more in a world where the individual can do something about it as a “team of one” than were past generations (before the Internet and Facebook). 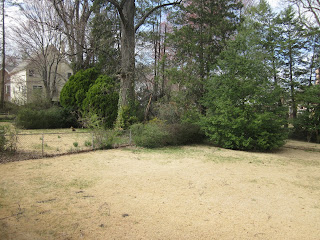 Toward the end of the film, Andy convinces his Dad to let him mow the lawn his own way, that he will still get the job done, his own way. I know the feeling from my history with my own late father.
Also, “what I am” is many things in the movie. In the openings scene, Mr. Simon says effectively “I am a teacher” and he convinces young Andy that he IS a writer, despite his problems with spelling and grammar.
In the film, middle school ends with eighth grade. When I went to school, it ended in ninth grade (in 1958).  I was teased somewhat in “junior high” for my conformity problems, but not in Washington-Lee High School in Arlington VA, which in the late 50s and early 60s was a good place for science nerds.
Students, teachers, and particularly school administrators and school boards should see this film. It’s rated PG (I would have thought PG-13).
He reads “Joan of Arc” to the class as a metaphor of his message about tolerance.   I actually saw Columbia’s “The Messenger: The Story of Joan of Arc” (directed by Luc Beeson) in Aberdeen, SD in November, 1999.
You have to hunt for the film at Sameul Goldywn, just this URL.
IMDB lists the film as 1.33 to 1 (video), but it was shown at West End in Washington DC as 1.85:1.
Posted by Bill Boushka at 5:20 PM