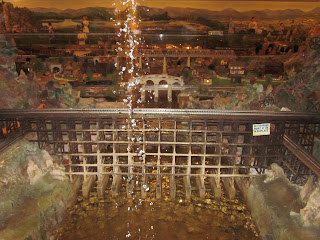 In January, 1998, I fell in a convenience store a few months after moving to Minneapolis, and sustained severe hip and pelvic  (acetabular) fractures.  I was fortunate enough to get a state-of-the-art surgery and new experimental device to put me back together, or face traction. I was back to work in three weeks and threw away my crutches at an Academy Awards Benefit in March, one of the best evenings of my life.  For about a week, I could not lift the left leg.  Just couldn’t do it. I remember the week in rehab (essentially an SNF, a nursing home), seeing another man take his first steps with two artificial legs.
I recovered fully, but had a taste of what dependency could mean. 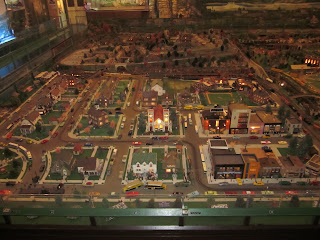 Actor and writer Christopher Thornton sustained a severe spine injury in an accident at age 25, and may  have been motivated to write “Sympathy for Delicious”, directed by Mark Ruffalo, an actor whom I first “met” in 2004 or so with “We Don’t Live Here Any More”.   (I keep wanting to type "Precious" instead of "Delicious" because of a famous 2009 film.) The story creates a moral dilemma, and then does what agents like to see: creates a personal conflict between the lead characters over the problem.
As the movie opens,  former jammer and DJ “Delicious’ Dean O’Dwyer is living in the LA streets, and a kindly priest Joe (Mark Ruffalo) wants to help him – for example, get into assisted living with Medicaid. Delicious won’t hear of it, but then discovers a remarkable gift: healing people, by laying on of hands, usually with their being “slain in the spirit”. 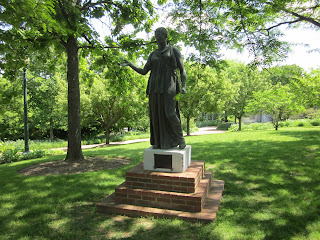 In November 1998, fully healed, I actually visited the Brownsville Assembly of God in Pensacola, FL, and saw people (mostly women) get slain in the spirit at the pastor’s touch at a revival.
But back in August 1979, at the old Metropolitan Community Church in Dallas, a paralyzed woman had been healed and climbed out of her wheelchair at a Sunday Night service.  My best friend at the time sung “He’s Alive” and played it on the guitar, as the congregation came to a rousing experience.  Later, we adjourned to the Bell Pepper.  Earlier, in June, there had been a similar service in the Texas prairie near Abilene, at a place called El Rancho Vista; we were about to suffocate in the heat, even on a Saturday night, when a refreshing thunderstorm drove us to cover.  We weren’t afraid of tornadoes.
I’ve seen some of this in my life, so I was not surprised at the concept, that a young man like Dean could heal others but not heal himself.  But soon Father Joe sees dollar signs – donations for his mission to help the homeless, and Dean sees a career, getting rich, becoming a cult personality. The movie takes on the character of “The Prestige.”  I was wondering if Michael Caine would make a cameo. Orlando Bloom is quite chilling as jammer “The Stain” – in a film where the men would be attractive if they weren’t so tattooes and hairless-bodied.
Nina becomes Dean’s shady “business manager”; played by Laura Linney (not Innes) is quite chilling and cold, almost like Sofia in “The Event”.   Soon there is a tragedy, and the film shifts immediately to “courtroom drama”, with a legal premise that is not all that convincing. Maybe Dean needs “The Lincoln Lawyer”.  He does need Father Joe’s testimony, which he asks for in a climactic confrontation (the kind screenwriting teachers like), where he says to Joe “Do this for me!”
The film has an epilogue, which is a bit drawn out.
This film, with all its big stars, is distributed by tiny Maya Entertainment.  I saw it in a digital projection auditorium at the West End in Washington DC.  IMDB lists the film aspect as 2.35:1 (as is the official trailer), but it was shown as the conventional 1:85:1.  In this showing, the sound track did not take much advantage of the jamming.
The official site for the film is here.
Maya Entertainment has an official trailer on YouTube
Still pictures: not from film.

Note: This review as originally posted late Wednesday May 11.   It was removed and reposted during a blogger outage.  When I fixed a problem with the labels, Blogger moved the date to Saturday May 14.  Seems like a small glitch. OKay, fixed now with post options.
Posted by Bill Boushka at 8:30 PM