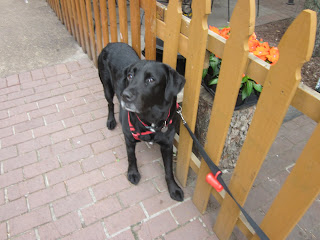 On March 17, I had reviewed Spalding Gray’s “Monster in a Box”, but it seems that the “better” of Gray’s films like this is the predecessor (1987) “Swimming to Cambodia”.  Some of the talk is motivated by his journey to Southeast Asia for a small part in “The Killing Fields”, an excerpt of which closes the film.  I did see that film in Dallas in 1984, when the audience (at Northpark) gave it a standing ovation.
The film opens in a manner that reminds one of the opening of “My Dinner with Andre”; Gray walks to The Performing Garage in New York.
He enters his fast-lipped monologue, speaking behind a table. He makes some good existential points, more of less about the cultural war subsumed by US involvement in Southeast Asia from Kennedy through Nixon.
He talks about the Maoist cultural revolution, where everyone takes turn being a peasant.  At another point, he talks about a Navy sailor who admits the desire to submit to a man – this was 1987, long before the open debate on the military gay ban.
He uses maps to demonstrate many of his points, like a history teacher making his lessons fun.  He comes up with some clever puns about the Khmer Rouge, and particularly Pol Pot (a subject of many Ted Koppel Nightlines in the 80s), the only permitted intellectual in the ultra-commie world.  Much of the film dissects Nixon’s “Vietnamization” of the War in Vietnam, which spread it to other countries.
There is a soundtrack by Laurie Anderson, which recreates some of the “noise”  and aural menace from Killing Fields.
The film was directed by Jonathan Demme, and distributed by Cinecom; the DVD also adds MGM as a distributor.
Posted by Bill Boushka at 8:48 PM