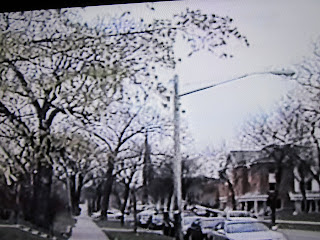 Corporate raiding and restructuring, and the resulting layoffs of average workers, can be the subject if comedy, at last with Jonas Elmer’s film “New in Town”, from Lionsgate and Gold Circle Films.
Renee Zellweger, a corporate efficiency consultant  (Lucy) enjoying the Florida life style, gets a plane ticket to Minnesota (New Ulm) to make a manufacturing plant more efficient. That theme is old enough: an episode of the sitcom “My Little Margie” from the 50s had such an episode.
The local union head (Harry Connick Jr.) uses his people skills to distract her away from firing people, and pretty soon we go through the “taking it private”, leveraged buyouts and pretty soon the employees are presented with the idea of buying their own jobs. Sound familiar, from the late 80s?  Maybe you could pay them piecework (like Cleveland company Lincoln Electric in the 90s).
But “Lucy” trots out her culinary skills to save all the towns jobs. The yogurt production lines can be adapted to a secretary’s secret recipe for pudding. Sometimes cookbooks really had something valuable.
The story is set in New Ulm, Minnesota, SW of Minneapolis; but the film was actually shot in and around Winnipeg, Manitoba, with the crew reportedly experiencing temperatures of -50 F.
The site for the film is here.
Here’s a Stanford Business presentation of employee ownerhship (by Dr. Corey Rosen):
Posted by Bill Boushka at 9:26 PM