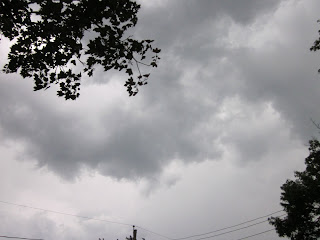 “Cowards Bend the Knee” (or “The Blue Hands”) was originally conceived as a series of “shorts” for a peep show at an art gallery, in Toronto or Winnipeg (where the film was shot). To the novice, the movie, from 2003 and Guy Maddin, seems like a tribute to silent film, mostly black and white (for some slight Prussian blue for the “amputated hands”). In ten short sections, each announced with a title, the little horror episodes are accompanied by classical music, including the Allegretto of Beethoven’s Seventh, the opening of Brahms’s Double Concerto,  the Dvorak Cello Concerto, and some opera.
The “plot” concerns Winnipeg Maroons ice hockey player Guy, and his misadventures in hockey rink that houses a house of wax populated by ghosts, descending down into parallel worlds of other realities (including an abortion clinic where Guy has taken girl friend Veronica; he’s not the doting, protective boyfriend like Sean in “The Event”).
There is a rogue hairdresser, who opens people up, perhaps shaves them and removes body parts, like hands – which a mad doctor (with the “blue hands” sewed back on) uses to perform end-of-life.  It’s all rather like a serial dream.  Then the poor Veronica will try to get her father’s hands back.
With Darcy Fehr (as Guy), Amy Steward, Melissa Dominisio.
It strikes me that the word “coward” was a real pejorative when I was growing up; that seems to have been forgotten in recent years.
This 2003 “film” is distributed by Zeigeist.  The DVD contains “Beyond the Peephole “workbook” extras like “Fuseboy” (erotic) , “Zookeeper”, “Chimney” (with Tchaikovsly), and “Rooster”, the Two Auditions (playable on YouTube) and  preview of another film “Band upon the Brain” (Jan. 14, 2010 here).


Somehow, the concept reminds me of the Cremaster Cycle, by Matthew Barney; I saw just one of those at a museum in Minneapolis around 2001.