"Water for Elephants": Pattinson's character is almost too nice to make it, but an intelligent pachyderm helps 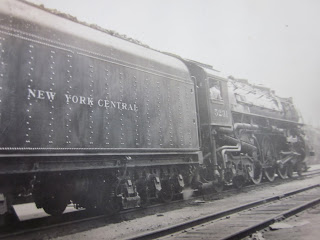 “Water for Elephants” starts with encapsulation, as did “Dr. Zhivago.”  An elderly Jacob (Hal Holbrook, the older “sentinel” from NBC’s “The Event”),  is “stranded” at a circus and is to be offered a ride to his “nursing home”  (compare to “Win Win” and “The Evening Sun”).  But he is determined that his life is not in a final endgame, and tells the story of his coming of age.
Young Jacob (Robert Pattinson) is taking his veterinary finals at Cornell in 1931 when he is called out of the exam because of the death of his parents in a car crash.  Left in debt, he is not  immediately able to finish his studies (that doesn't seem too convincing, but is needed to generate the story) and jumps on a train to join the circus as a veterinarian.
To survive, he has to accept the world where, as lead animal trainer August (Christopher Waltz) says, “we live by tricks.”  His honest and gentle nature must accept a world where social manipulation means everything.  Gradually, he makes himself invaluable (after initial resentment as a “college boy” and almost being thrown off the train for his “honesty”), and winds up protecting Marlena (Reese Witherspoon), August’s wife.  Eventually he meets Rosie the elephant, and his befriending her (and the animal’s superior intelligence) feeds the climax of the backstory, which is telescoped, but includes the animals being let loose.   This is toward the end of Prohibition, and “water” and moonshine can become interchangeable. 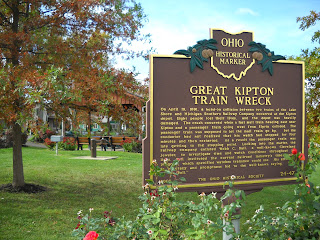 The film, from 20th Century Fox, is directed by Francis Lawrence and was shot in Tennessee (it's supposed to take place in New York State).  The period-piece CGI is effective, but not on the level of, say, the Harry Potter movies.  But I loved the steam train sequences.
The movie script tends to focus on "crisis" and cliffhanger situations, which is something screenwriting gurus (and symposiums) say is necessary, although I disagree. 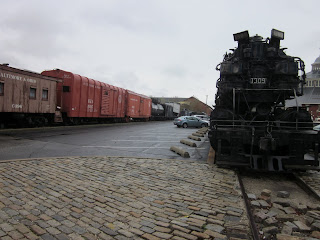 Pattinson is so much the “perfect male” that you don’t want anything to happen to him. Yet, in one scene, he does drag.
Here’s the official site.
Posted by Bill Boushka at 5:39 PM