"Seraphine" : a biography of a French painter, and period piece with some social twists 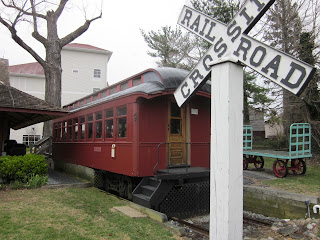 The French-Belgian film  "Seraphine", directed by Michael Provost, from Music Box Films (2008), is a lengthy biography of painter Seraphine Louis (Yolande Moreau) but it is much more, epic while quiet, and bringing up many issues.
In 1914, Wilhelm Udhe (Ulrich Tukur), an art aficionado (sort of the way I was a classical records collector), lives in an apartment in the rural exurbs of Paris, supposedly a sub-spy for Germany. Oddly, he prefers a suburban lifestyle because he is gay and wants to stay out of sight.  Seraphine works as the cleaning maid, and she is provided with the room. She scavenges the countryside for objects and raw materials and paints in her own rented room. In time, Wilhelm learns about her talent.  But as World War I approaches, he must leave, and she remains at her own devices.
Years, later, in 1927, as the stock market crash and depression approach, he is trying to recover his art collection. He is living with a younger lover who is dying (there is a bare-chested shot that suggests Kaposi’s, as if AIDS may have been around before and we didn’t know). But then he discovers her art at a show and finds she is still living in poverty.  He tries to support her again before the Depression ruins him, and she follows with a mental breakdown, and winds up in an asylum, where she dies in 1942.
There is a curious interchange where she asks him if he thinks he is “better” than her because of the work she has to do to make a living.  The movie certainly invokes a lot of awareness of class and social justice issues.


Most of the film is in French, but the WWI passages, where he is back in Austria, are in German.  There’s one scene of flight in a car with the Western Front bombardments in the background.
The official site for the film is here.
I believe I heard a clip from Robert Schumann’s “Carnaval” in the score twice, but I didn’t see it credited.
Posted by Bill Boushka at 5:28 AM