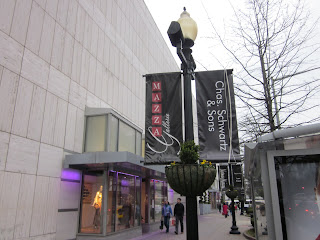 FilmFestDC is airing Kasper Holten’s modern, Internet-wired setting of Mozart’s opera “Don Giovanni” in a Danish-Hungarian production of “Juan”, filmed in Budapest,  music performed by the Concerto Copenhagen, conducted by Lars Ulrik Mottensen.
Juan (Christopher Maltman) has hired a friend Leprello (Mikhail Petrenko) to make a DVD film and database of all the women he has serially conquered (a rather crude analogy to a “Facebook”).  In the course of his escapades (stretching over 24 hours) he kills one of the women’s father, a policeman, and the chase ensues and desperation follows .   (In the opera, the ghost of the father becomes a character in the plot leading to the climax.) Juan sinks into complete psychopathy, and Mozart’s music most effectively reinforced his fugue-like mental state, and the opera paces itself to his final doom in flames, just is in the “original”.  The music becomes increasingly brutal during the showdown with the Devil, even as it ends in a major key finally, in a kind of hollow triumph. In that way, the film uses a classical music masterpiece to tell its story in a manner analogous to “Black Swan”, turning it into pure horror.  I suppose Aronofsky could have made this film.  The film, with the musical setting, probably is useful in studying the disintegration of the narcissistic or psychopathic personality.
The film is produced by B&S and Zentropa, major names in Europe. It would seem inevitable to get US distribution. Music Box, maybe?
Here is the official site.
My drama and music blog has a review of the DG DVD of the opera Feb. 14, 2009.
Here’s a YouTube video from the 1979 film of the opera by Joseph Losey.
The film was presented at AMC’s Mazza Galleria, which has full-sized screens, although this film is shot 1.85:1.  The film is offered in English (I would have expected Danish or German).
Posted by Bill Boushka at 5:42 PM