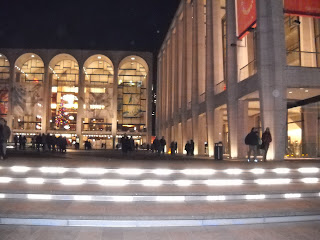 The Blu-Ray DVD for “Black Swan” has a 49-minute short “Metamorphosis: A Behind the Scenes Documentary with Darren Aronofsy”.
With is mustache and T-shirt sporting the words “Antwerp” and “Puerto Rico”, he looks younger than his 41 years.  A lot of the early part of the documentary shows New York City buried in the early 2010 Snowmageddons, which seems to be when the staff was doing the heart of its filming. Aronofsky talks about his $13 million budget as limited, but also says that a technically adept filmmaker can make a socially relevant film worthy of commercial release for a few thousand these days, and notes how kids are learning 3-D CGI graphics and advanced film editing with Final Cut Pro.  (I once saw a high school AP chemistry class edit a short film when subbing.)
The documentary shows how CGI was used to transmute the “black swan” – with the skin rashes, the barbs, and body hair and body feathers, which grow in the final scene of “Swan Lake” as Natalie Portman’s character crashes in her own ambition to large B-Major Tchaikowsky chords.  There is one scene with insects that echoes “Bugcrush”, a famous gay horror short by Carter Smith (Jan. 29, 2008 here) which Aronofsky probably knows.  In fact, “Black Swan” seems in retrospect like a grand heterosexual version of that concept.
For my money, “Black Swan”, “Inception”, and “The Social Network” were still the three best films of 2010.  All three drew me into their worlds and had me living in them, and all had tightly drawn characters.
Fox has a YouTube video where Danny Boyle (“127 Hours” and “Slumdog”) compare the direction styles.
Posted by Bill Boushka at 7:20 PM