"The Limits of Control": Spain looks like another planet 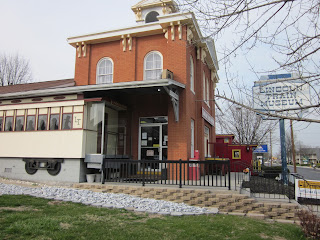 Independent filmmakers like “enigmas”, and sometimes they like “treasure hunts”, Howdy Doody style. So it is with the Spanish (and American) thriller “The Limits of Control,” from Jim Jarmusch and Focus Features (2009).  ("No Limits, No Control".)
Isaach De Bankole plays a “Lone Man” (maybe what Stephen King meant by “The Walking Dude”) with north African appearance traveling through various airports and trains in a most modern and cubist-looking (and infrared and Quioxote-windmill-powered) modern Spain, picking up little clues from people, who repeat little phrases like “you don’t speak Spanish, do you” (maybe he doesn’t), and “everything is subjective,”  and “He who thinks he is bigger than the rest must go to the cemetery” (which is sung in a curious habanera).  There are other ritualistic repetitions, such as his always ordering two espresso’s in separate cups.  All of these fit the paradigm of a treasure hunt.
To his credit, the Lone Man foregoes “recreation” with a recurring female (Paz de la Huerta) while “at work”.
The slow movement from the Schubert Quintet is quoted frequently, and a guitar case is one of the cues.

Gael Garcia Bernal plays "The Mexican."
Finally, the Lone Man meets his mark, has a conversation about opera, and can track him down for the hit.


The climactic scene inside the Hideaway in the Spanish desert, where Bill Murray’s character (“The American”) as some sort of mind-control oligarch meets his demise is, well, satisfying, if sparse.
One could compare this film with “Vertigo” but it is even more abstract.  Another comparison could be “The American” (Sept. 4, 2010, here). Maybe even "High Noon". Or, how about "The Spanish Prisoner"?
The Director’s site for the film is here.
The Focus site is here.
The DVD has a two-part short "Behind Jim Jarmusch" (50 minutes of self-indulgence).  He says "They things I don't know are more exciting than the things I do know... I know a lot of music..."   Then "there are a limited number of stories you can tell, but an unlimited number of ways to tell the same story."    He says that his film is like a musical theme and variations.  He also says he doesn't know what happens to the gift of consciousness at death. Also :"Untitled Landscapes" shows a lot of the Spanish countryside with moog music.
Posted by Bill Boushka at 8:07 PM