"In a Better World": Danish film shows how tribal conflicts live in liberal, upper-class European democracy as well as Africa (like "Beyond Borders") 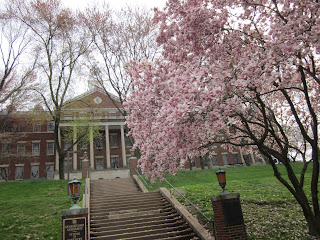 Danish film, it seems from my sampling, can get into dark territory. (Go back to “Hamlet”.)  “In a Better World” (“Haevnen”; also “The Revenge”)) won best foreign language film at both the Oscars and Golden Globes.  Some of it is in English, but in the Danish scenes (and Danish does not sound as close to English to my ear as German), I was struck by the tribal, collective behavior even in an upper middle class, “liberal democratic” European community.
The film is directed by Susanne Bier and comes to the US from Sony Pictures Classics, link, also from Rialto.
As the film starts, Anton (Mikhael Persbrandt) works as a surgeon in the field in Africa, in a zone fueled by tribal conflicts and honor codes resembling those of “Desert Flower” (March 30). “I am not your friend, but I am trying to help you”, he tells one warrior, facing amputation for leg gangrene. Here, the film echoes Paramount's "Beyond Borders" (2003, dir. Martin Campbell, with Clive Owen and Angelina Jolie, about Doctors Without Borders).
Back home, however, his kid Elias (Markus Rygaard) faces social competition of his own: he is bullied because of his orthodontic braces, and feels he has to carry a knife so that no one will bother him. The police and school authorities in a liberal European state are not real effective, if well-meaning.  His father makes a visit back, and finds class conflicts among the kids with parents who work in “labor” occupations on the docks or in auto repair shops.  In the meantime, another kid Christian (William Johnk Nielsen, who gives a virtuoso acting performance) has arrived from London with a widowed dad, and resents what he thinks is his father’s inattention when his mother died of cancer. Christian befriends Elias and helps defend him, and together they plot a dangerous act of revenge that nearly has tragic consequences.
The title of the film in Danish is intriguing, but the content leaves one wondering why even in an upper class community young men think they have to behave this way.
The film is shot in Cinemascope, has a big scale look of epic drama, with sweeping views of both South Africa and of the Danish coast.
Rialto’s YouTube trailer:
I saw this at the AMC Shirlington in Arlington Monday night and had a big auditorium for a "private showing" just for me!
Posted by Bill Boushka at 6:39 AM