"Hanna": Joe Wright ("Atonement") gets carried away with his own technique 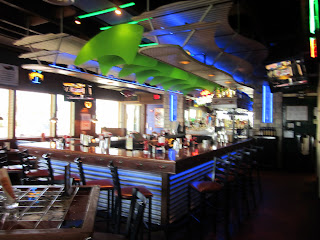 British director Joe Wright loves to portray moral dilemmas with a bit of surrealism, but his new thriller “Hanna” takes us out of rumination into frank fantasy and sci-fi, with a bit of Terry Gilliam and maybe even David Lynch (and perhaps a plot resembling the work of novelist Clive Cussler), in a film make largely with German and Finnish resources and distributed by Universal Focus.  See it in digital projection on a big screen if possible.
The film opens in Finland, were 16 year old Hanna (Saoirse Ronan) lives isolated on the tundra, having been taught survival skills by her dad (Eric Bana), himself ex-CIA. It isn’t long before she demonstrates them when CIA operatives attack, sending her on a road trip (Oh, yes, she has to escape from an underground compound in Morocco; once in a "hotel", she is bemused by modern "gadgets", a big clue).
The film turns into a study of style, with catchy music from the Chemical Brothers (particularly the whistled leitmotif “D-ddD-ddBAG”, as well Grieg’s “Mountain King” as in “Social Network”.  Pretty soon, it’s obvious that the “payoff” has something to do with Aldous Huxley, in a manner that conservative writer George Gilder had warned us about.
The film is populated by comical characters, not limited to the pursuer Melissa (Cate Blanchett).  There are bikers, and there are gay men (after all, the concept of the film is not reassuring to the heterosexual world and the “natural family”;  who needs to have babies the old-fashioned way if you can make superman or superwoman).
There’s some nice scenery in Spain, and particularly later in Berlin, Germany, around the central station, which I remember from my 1999 visit (they could have tried the Connection Disco).
The official site for the film is here. It’s big in the indie market, costing at least $30 million to make.
The film offers plenty of languages: Finnish, Arabic, German, French.
I saw it in a large auditorium at Regal in Arlington VA, but not a large Friday evening (early) crowd.
Here’s Richard Roeper’s review from Reelz:
When I see a film or TV show about young people with extraordinary "powers", I'm reminded that there are some young people who seem to have extraordinary ability without anything supernatural, extraterrestrial, or from a "Brave New World".  I see it all the time.
Posted by Bill Boushka at 7:51 PM