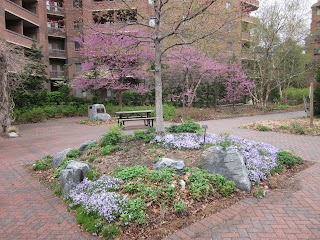 Howard University television aired the one-hour film “Autistic-Like: Graham’s Story”, directed by Erik Linthorst, on April 12.
The documentary presented a family with a boy, Graham, who turns out to have “sensory processing disorder” without true autism. This affects the kind of therapy that is appropriate, and even the ability to use public or state funds without a true autism diagnosis.
The family did start with ABA, or Applied Behavioral Analysis, and then discovered a program called son-Rise, which treats the whole family, and then moved into “floor therapy”, which is not covered by state programs.
The site for the film is this.
Another resource is the Sensory Processing Disorder Foundation, here.
Here is the director’s trailer on YouTube:
Does this explain some of the “athletic” difficulties I had as a boy?
WHUT preceded the film with a half-hour short “Children and Autism: Time Is Brain”, with more information about ABA and the value of early diagnosis.  A mother answered the question “Why me?” with “Why not you? We all have our crosses to bear.”  Sounds Vatican.
Posted by Bill Boushka at 4:54 AM