"The Asian and Abrahamic Religions: A Divine Encounter in America" 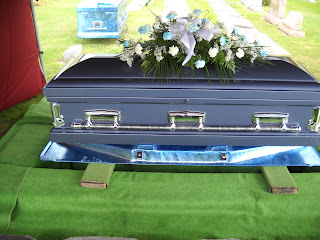 On April 5, Howard University television aired the PBS film “The Asian & Abrahamic Religions: A Divine Encounter in America”, directed by Gerald Krell and Meyer Odze, from Auteur Productions.
The two hour film comprised mostly interviews with many proponents of Eastern religion, including Dianna Eck of the Harvard Pluralism Project. (Officially, the film title seems to use the "&". I couldn't find it on imdb, unusual.)
The film stressed that all accepted religious faith must connect with the intrinsic value of human life and respect for the individual. At the same time, religious faith transcends the experience of the individual for his own sake and must connect him or her to others for purposes larger than the self.
There is a comparison to Judaism, where it is said that God points to the way but is not the Way, as in Christianity.
There is also a bit of an existential discussion as to what is morally wrong with idol worship – the way we used to learn about it in Sunday school.
There is an interesting sequence involving learning self-defense and jijutsu, with an unusual spiritual interpretation, and a degree of intimacy.
There is also some discussion of different views of what the Afterlife means -- is it a continuation of, or a new kind of Experience, like an "Inception"?
The main website for the film is here.
The Times of India gave it a major review here.
Posted by Bill Boushka at 7:46 PM