"Yesterday Was a Lie": a modest precedent for "Inception"? 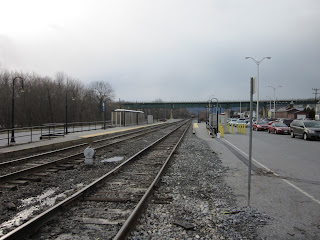 The reality-challenge of “inception” has some precedence in small film, such as James Kerwin’s black-and-white film noir “Yesterday Was a Lie”, from Helicon Arts and E-1 (2009).
As the dusky film starts, Hoyle (Kipleigh Brown) lies on a shrink’s couch, saying she is pursued constantly by another woman who turns out to be her.  She has pursued a genius Dudas (John Newton)”,  in layered dreams (the “dream within a dream, as in “Inception”); and her foil leads her into challenges to her own sense of existence and reality.  A lab assistant does a shell game demonstration of how the past and future could be rearranged. Ultimately, the idea that actions have irrevocable consequences could become challenged, which seemed to be the issue with the way Arizona suspect Jared Loughner interpreted lucid dreaming.  The climax of the film comes about with a “Vertigo-style” cliff hanger with Dudas.
The film’s characters and objects are set up as allegories to notions in physics; Hoyle’s affectionate cat is Schroedinger’s cat; and there is a line, “the mind is a surge protector”.
The film, rated PG, is rather low key, not as weird as it would have been with, say, David Lynch, but “Eraserhead” comes to mind.
The official site is here.
Note: I reviewed "Battle LA" on my disaster movies blog today.

Post-It notes:  In retrospect, I think that the best film for 2010, in a filmmaking sense, was "Black Swan".  Of course, the film works because the dance boss was straight, and because the film matches the Tchaikovsky ballet, and becomes ballet itself. Running behind, it's very hard to rank "Inception", "Biutiful" (similar to it), and "Social Network".  All of these draw you into their worlds and keep you.
Posted by Bill Boushka at 8:24 PM