"Two Young Men UT" explores "double lives" in Mormon country, and then takes us into the Unknown 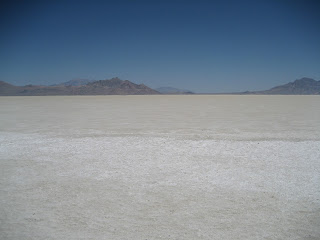 Logo has some new short films, and a particularly enigmatic one is “TwoYoungMen, UT”, directed and story by Sam McConnell (just 18 minutes, but rich with ideas and concepts).   Will Oberlain (George Loomis), an appealing but normally cautious teen in a Mormon private school with a double life (he's taking AP biology but not AP physics), walks into a Salt Lake gay bar. He’s picked up a fake ID when traveling. That can actually be a serious legal problem for bars (up to age 21), but the “straight” bartender Eli (Art Gager, and definitely not from “The Book of Eli”) lives a double life too of bizarre “connections”.  Pretty soon a “road movie” ensues (more low key than the male equivalent of "Thelma and Louise"), out onto the Salt Flats, which are quite spectacular. The movie moves into ambiguity, with references to the “cattle mutilations” and a suggestion that a private party may be more about watching a UFO landing. And of course Eli will discover his true self, but the movie leaves that dangling for bigger questions. The line “out here, nobody can hear you scream” occurs twice, an overdone reference to “Alien”.  The movie is in full Panavision, but the quality of definition on the Logo video was low. If there’s a DVD of the best Logo shorts, I presume it would be good again.
The link for the film (“Gigantic Pictures”) is here.
Here's the Wikipedia attribution link for Bonneville Flats picture  I’ve been in the area twice, 1966 and 1981.  And yes, in many Utah restaurants, they don’t even serve coffee, but they do serve sweets and fattening desserts.
The center for “cattle mutilations” is actually supposed to be Sterling, CO, NE of Denver (as covered in Oui Magazine in 1974).  It was at a family diner there in 1994 that I suddenly decided to write my DADT book. Little short films like this bring back memories.  (The film of note is “Endangered Species”, 1982, MGM, dir. Alan Rudolph)  I’ll mention also that in December 1975 I visited the area in northern Arizona where supposedly Travis Walton “went up” (“Fire in the Sky”, 1993, Paramount, dir. Robert Lieberman).
By the way, on the "fake ID problem", when I was substitute teaching, I could see birthdates of students on class rosters, and I later actually saw no fewer than two students in bars illegally. I did mention the problem under the table and discretely later to club managements. It can get a place in trouble. Fake-id rings are as common in real life as in the movies (it was a plot threat in the show "Everwood"). 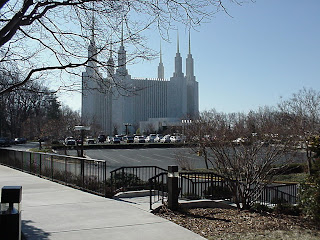 Here's another concept that I like (hinted in the short): in both "Smallville" and "The Event", a  young male character (and "hero") is an extraterrestrial without knowing it for a while.  And Mormon theology does not lack an interest in other "afterworlds."
Posted by Bill Boushka at 8:02 PM