"The Lincoln Lawyer": a defense attorney and his client set each other up 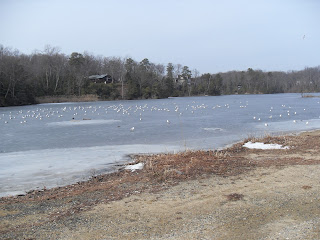 As “The Lincoln Lawyer”, conducting his law business for high-profile LA clients from the back seat of his chauffeured Lincoln Continental (license plate “NTGUILTY”), Mick Haller (a lean Matthew McConaughey) gets to show his ability to manipulate people, from all elements of society, everywhere in LA’s underbelly.  Pretty soon, he’s confronted with a high profile and seemingly appealing client rich boy Louis Roulet (Ryan Phillippe, who looks as smooth as he did in “Studio 54” and would still “get in”), whom he is duped into “getting off” while Louis has set up and committed other crimes, possibly framing him.
It’s a fantastically circular plot, improbable and manipulate; but it starts out with an incident demonstrating the “dangers” of bars and the conscience of women who do certain things for a living, setting up their clients.  In the end, it becomes a kind of charade of “courtroom drama”, but even the prosecutor (Josh Lucas) is duped into a blunder that could get him disbarred.
There’s also the issue of “Mother” (Frances Fisher), who, in the memory of Psycho, provides the film a fitting climax.
Perhaps the most interesting character is the tech-savvy  gay private eye Frank (a long-haired William H. Macy), who becomes set up by the “plot” himself.
These days, to make an independent film, you hire a big director (Brad Furman)  and big stars, and make the theater print available for digital projection.  The late Friday night show at a large Regal auditorium in Arlington Va for this R-rated movie was rather lightly attended.
Here’s the official site.
Posted by Bill Boushka at 6:05 AM