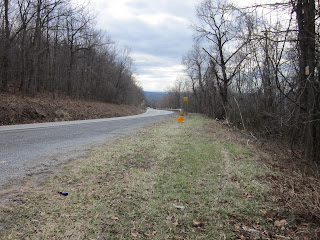 The BLU Ray DVD for “Inception” includes two important short subjects that are important films in their own right.
“Dreams: Cinema of the Subconscious” is a 44 minute documentary about dreams, with some discussion of lucid dreams, where the person is aware of the dream process and can wake himself and control the dream.  In lucid dreams, there is a tendency to have relations, possibly intimate, with other people of interest to you, but what you experience is your own impression of the other person, not the person himself or herself (although we could wonder about the possibility of telepathy – a biological potential that might be explored as in the movie “Avatar”).  Joseph Gordon-Levitt, with a buzz cut (and pronounced widows’ peaks, like he is ready for Minoxodil) appears frequently and leads the discussion.
Roko Belic directs. Also appearing are Deidre Barrett and Stephen LaBerge.
I wonder if, at the moment of death, one could become stuck in a dream.  Or perhaps one would be challenged as to the conditions for going back. In a dream, you don’t know how you got there, and you don’t care.  So dreams are asynchronous.  I’ve dreamed about being in a circular tunnel (sort of like in “The Matrix”), in empty barracks with mattresses, books and various reminders of life, and then another room where there is a “window” or fenestration with a view of non-terrestrial plants, conveying that I am on another planet (like in AMC Theaters’ trailer).  In my screenplay “Prescience”, I’ve supposed that children appear in the room, and suddenly an angel tells “me” that I must be responsible for at least child, and that I did “procreate” it, on a spaceship, with a character (“Tovina”) whom I thought had been only fictitious, in my novels.  Am I giving away too much for my movie?  “Inception” and “Biutiful” certainly provide some inspiration.
We know that unfortunately Arizona suspect Jared Loughner tried to use lucid dreaming as an excuse for his acts.
The other short is a 14 minute animated film in “graphic novel” or “comic book” format with dialogue displayed, as if extracted by a programmable script from a FinalDraft or Mac Screenwriter screenplay script. It’s called “Inception: The COBOL Job”, directed by James Kirby, dramatizing the events that led to the “sting” that constitutes the plot of the main film. The cartoonish figure for Leonardo Di Caprio is pretty effective. Now COBOL (Common Business Oriented Language) was the most popular mainframe applications computer programming language for many years.