"Collapse": Michael Ruppert's interview on unsustainability of growth on a finite planet 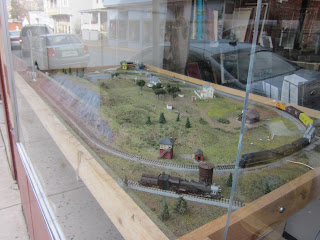 There is a point, at about one hour into this eighty minute film, where former CIA employee and LAPD police office and now journalist named Michael Ruppert  says, “The rugged individualist will not survive. You need to be part of a tribe or family.”  Then he starts to cry.
This is a film named “Collapse,” 80 minutes (2009), directed by Chris Smith, from BlueMark Productions and Vitagraph, based on Michael’s book “A Presidential Energy Policy”. The film consists entirely of Michael’s being interviewed – he chain smokes – along with copious illustrations and animations.
Ruppert’s basic premise is that capitalism and our form of individualism is unsustainable because it presumes infinite resources.  The early part of the film starts with the discussion of Peak Oil, and run through the hype on alternate energy with some degree of hopelessness – because all of these methods require consumption of energy. (He talks about strip mining in conjunction with tar sands.)  The he talks about the “paradigm” (what someone thinks a system is “before he thinks about it”) and the fallacy of fiat money, an invention which can hide the limitations of real resources.  He gives discussions of practices like fractional reserve banking, and explains how he predicted the Collapse of 2008.
He says that people need to learn to live locally, tied to family and community, and grow and produce their own food organically and locally.

He also says "politics is an extension of economics" and "war is an extension of politics."
He makes the interesting comment that cellular and wireless services will fail, and says a land line is a necessary redundancy.
The website is here.
Here is a grim message from December 2010 from “Collapse Net”.
A film from National Geographic called "Collapse: Based on a Book by Jared Diamond" is reviewed on my "disaster movies" blog, on March 20, 2011.
Posted by Bill Boushka at 6:59 PM