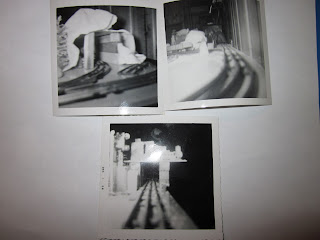 Well, I got two cracked DVD’s from Netflix this week (in all honesty, that has never happened before in seven years), so I turned to streaming, and caught up with a “freebie for CM”, a complete copy on YouTube, appearing on a search of “film noir”, of a now P.D. film “D.O.A. – Dead on Arrival” from United Artists, directed by Rudolph Mate.
The pretext is classic: A man shows up at a police station reporting a murder, his own. He’s been told by “doctors” that he’s been poisoned, and that nothing can be done to save him.  The scene where the doctor’s “tell” are particularly melodramatic.  So you have the ultimate “cliffhanger” crisis common in all screenwriting classes.
Eventually the backstory gets into smuggled iridium, which recalls the plot of Alfred Hitchcock’s “Notorious” with its prescient plot about high enriched uranium.
Edmund O’Brien plays Frank Bigelow, as the Everyman hero, who goes to San Francisco for a last week of fun before marriage to Paula (Pamela Britton).  That’s a rather humorous pretext for going to San Francisco in 1950.  Oh well, Truman was still president then.   But toward the end of the film, as his own demise approaches, he appreciates the importance of a potential marriage.
He saves the life of someone else caught in the “bill of sale” scandal.  But it’s too late for him, at the end, in the police station.
By the way, experts are pretty skeptical as to the film's of "luminous toxin" as real. It may be white phosphorous, or paracetamol, or an extract from the Amanita mushroom (link).
Posted by Bill Boushka at 3:08 PM