"That Evening Sun": a parable on how we treat our elderly 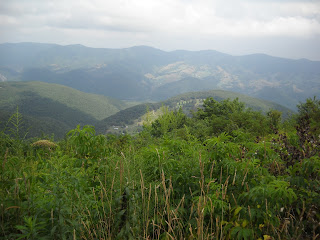 “That Evening Sun” starts with a blurred vision of the outside world through a window, from inside a nursing home, communicating what has been lost once one is “committed.” Abner (Hal Holbrooke) has been put away, by a lawyer son Paul (Walter Goggins), who sets up all the powers of attorney and sells his farm right out from under him to an old nemesis Lonzo  (Ray McKinnon). So Abner walks right out of the facility (he doesn’t have Alzheimer’s so he’s not on a locked unit), and gets a cab back to his East Tennessee farm, and tries to get it back.
The motives of Paul seem the most disturbing, but the reflect how our culture treats elders as they live longer with more disability. But in this film, Abner doesn't seem that badly off medically.  So there is clearly some family betrayal.

The son's behavior would get him into trouble with Adult Protective Services in many states, but then again, he's a lawyer himself. He gives the law profession a bad name with his own "power of attorney abuse."  The film could be seen as making the case that it is too easy to give adult children power of attorney when elders start to lose it.
The film is directed by Scott Teems, and comes from Dogwood Pictures, Image Entertainment, and Freestyle Releasing (and maybe Summit Entertainment), and the Independent Film Project (IFP). The film is based on a short story by William Gay ("I Hate to See that Eveningg Sun Go Down"). The DVD recommends a blog, "Indie Minded", here.
The link for the film is here.

The DVD has a featurette "That Tennessee Sun" and another short (35 min) "Arts & Crafts" about the making of the film. Both show the heavy gear and professionalism involved in making even a "small" film. They make the case that shooting for theatrical release is different from filming for TV, even though modern plasma TV and Blue-Ray bring them together. The short talks about the "Satie-like" piano score by Michael Penn, which curiously invokes distant echoes of southern rural life.

The cast interviews talk about the aging of the population, and the clash between "gentry" (Abner) and working classes, each with their own delusions, particularly in rural areas. Neither Abner nor Lonzo are capable of running the farm.
Posted by Bill Boushka at 9:19 PM