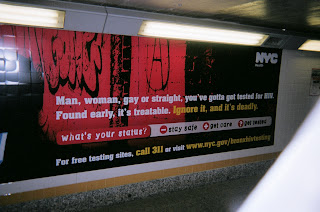 Netflix has a little African-American film called “Metro” (there are many by this name) that I can’t find on imdb, self-distributed (through “All Out Video”) by writer and director Christopher Dorrah (2007). The filmmaker advertises the film with the phrase "real life, real people."  To my own mother, "real life" had a very specific meaning (openness to having kids).

A street-hardened gang survivor (Curtis McNeil, Jr.) contemplates all of his own values as he prepares for the next job in the streets in an unspecified city "The Metro" (Detroit?  -- toward the end of the film, there is a mention of a race for "Mayor of the Metro"), while leading a double-life as a “detective quasi cop", trying not to get pulled under. The film takes into black and white flashbacks to various times in the recent past (and sometimes distant, back to 1987) where he considered his values as to getting married and raising kids, and finally transcending his situation as a provider. In fact, we learn he’s depended on women to support him, and had some kids who expect him to be “Daddy.”. It’s all pretty basic “George Gilder” stuff. (“It’s a beautiful thing, having a baby in the house.”)

The cast includes Eddie Dukes, Leslie Drake, Constance Gibson, Sonya Sims, Valencia Howard, and Ryan Young. As the film progresses in layered fashion, it presents some flashback moral confrontations for some of the other characters. The movie gradually takes on the character of a docudrama.  Later the theme of family protectionism emerges, as loan sharks describe how family members are targeted in one conversation.

The DVD plays when loaded with no menu or scenes. It is full screen, and sometimes the quality is low, and looks over-exposed. The black-and-white scenes look better technically

Netflix lists the DVD as lasting 1 hour and 15 minutes but in fact it took 2 hours 30 minutes, and said "to be continued".  There is a lack of sense of direction in the script, or a sense of coming to climax.
.
The film opens with maximum self-focus, with the wrists of a man over a washbasin, soliloquizing for a few minutes about life in the streets before the film starts.

The Myspace site for the film is here.   The film seems to anticipate a sequel; this is called "Volume I".

Stylistically, the film reminds me of a little black-and-white indie film from Minneapolis(IFPMSP) in 1998, “Cut Glass”, about a woman injured in a whiplash accident who gets people to care for her.