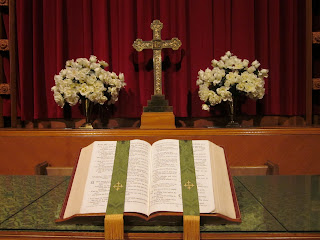 On Monday, Feb. 21, Lifetime Television presented the film by Robert Dornhelm, “Amanda Knox: Murder on Trial in Italy,” about the shocking conviction of Amanda Knox for the death of Meredith Kercher in a rented house in Perugia, Italy.
Amanda’s case is being appealed know, and Amanda’s parents, from Seattle, objected to the film’s being shown, as in this story from CBS affiliate KIRO.   In fact, some sources report that the Knox family may sue Lifetime over the movie, here. It’s hard to see defamation, though.
The ”docudrama”  film races through the courtroom drama, and clearly shows that the prosecutor seemed to want to gain political visibility out of circumstantial evidence that could make Amanda (Hayden Panettierre) and her handsome boyfriend (Paolo Romio) look like self-indulgent drug-abusing kids, caught in their own web of jealousy and coverups.
I have a major posting on the Amanda Knox trial on my “International Issues” blog Dec. 5, 2009, where the weaknesses of the justice systems abroad are discussed. The Italian system had no interest in shielding jurors from the intense publicity.  The NBC Dateline film “The Trial of Amanda Knox” is reviewed on my TV blog also on that same day.
The interrogation scenes are quite chilling, and Amanda was thrown into interrogation quite suddenly. The parents are now indicted for libel for telling British papers about Italian police abuses.
Police also used online evidence (especially Myspace, and particularly the boyfriend Rafaele) to suggest poor character and bad motives for Amanda and Rafaele.  Yet the prosecutors said that this case would not be tried by “bloggers”.
After the film, Lifetime aired a History Channel-like one hour “Beyond the Headlines: The Amanda Know Story”, examining the evidence. A lot of the prosecution’s theory related the bizarre nature of the “break in”.  American prosecutors would have been more likely to focus only on Rudy Guede (Djirbil Kebe) and the DNA evidence was certainly weak.
The feature  film was produced by Pilgrim Films, and apparently Sony Pictures (Classics) also had a hand in it.
Lifetime’s site for the film is here.
Posted by Bill Boushka at 9:10 PM