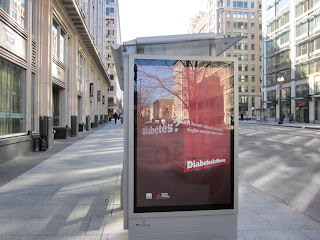 Landmark E-Street is airing both sets of Oscar-nominated shorts this week, with this official site

“The Confession” (26 min, dir. Tanel Toom) is the longest of the set.  Two boys are indoctrinated into the idea of confession by a priest in Britain. When one of them leaves a scarecrow in a road, there is a tragic accident.  The boys have to deal with guilt, and the tragedies escalate.
“Wish 143” (24 min, dir. Ian Barnes and Samantha Waite) was maybe the most emotionally provocative. An 18 year old boy (again in the UK) dying of cancer wants a “night to remember” with a woman (and has to scheme to get out of the hospital). The intimate encounter leads to his and her  revealing and dealing with the gross disfigurement related to his treatment.  This film brought to mind “My Sister’s Keeper”.
“Na Wewe” (19 min, dir. Ivan Goldschmidt) has a Belgian civil servant mediating the Rawandan conflict at a roadblock.  There is spectacular on-location scenery, and a lot of neat script lines about the moral silliness of ethnic strife.  There is some recollection of “Hotel Rawanda” here, which is now often shown in high school.
“The Crush”  (15 min, Michael Creagh). An Irish school boy has a crush on his female grade school teacher and challenges his teacher’s fiancée.  You can second guess the “morality” of several characters in this bizarre drama. 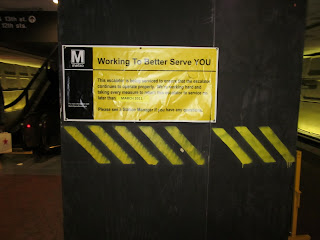 “The Crush”  (15 min, Michael Creagh). An Irish school boy has a crush on his female grade school teacher and challenges his teacher’s fiancée.  You can second guess the “morality” of several characters in this bizarre drama
“God of Love” (18 min, Luke Matheny site)  is a curious little film in Black and White, along the lines of “Crush” in concept but much more wholesome. A singer (played by the gangly young director and filmmaker Luke) and dart throwing champion Ray (played by Luke) receives a mysterious gift of “love-inducing darts”.  The movie opens with his motorbiking in what looks like the Fingerlakes Region of NYS, before the backstory moves to NYC.  Luke makes himself very likeable in this curious story (great gams, too).   Somehow the song “Rhythm of Love” on Sirius XM comes to mind. Seriously, at one point the movie quotes “Swan Lake” (it’s probably coincidence, but I wonder if Matheny had seen “Black Swan”), and later, Vivaldi’s Gloria.  But the bar scenes evoke the “I Love Lucy” area.  Matheny starts and ends his movie with strong statements that you can’t choose who you love. The movie does make his case.
The films are distributed by Magnolia Pictures.
Two of the films (“Confession” and “Na Wewe”) were in full anamorphic and were cropped from the top, even though the theater can show 2.35:1 without cropping.
One of the world's shortest films (above). From a Canon camera. For some reason, Windows Media Player won't play films less than about 2 meg (at least on my Windows 7 laptop; that's about 2 seconds), but Blogger will.


Feb. 16:  I found this clip by Luke about his Facebook chat. Also note the review Feb. 13 of his other film.