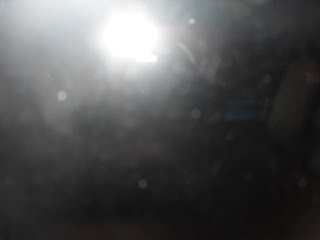 Okay, everyone has heard the news by now, “The Kings Speech” won best director, best actor, and Best Picture.  For political reasons, I hoped “The Social Network” would win best picture. It helps me.
James Franco looked so wholesome cohosting with Anne Hathaway, but that little venture into a Town DC drag show, with a low cut dress, well, James doesn’t have that much to lose.
For the finale, the Oscars show aired clips from all ten nominees, but played “The Kings Speech” literally, with Beethoven’s Allegretto movement from the Seventh Symphony.
I was pleased to see Luke Matheny win best live action short for “God of Love”.  But he wasn’t quite prepared for his bout of public speaking, which is easy. Neither was Colin Firth, who had to excuse himself to go backstage for a case of nerves.
“Inception” won four awards, but not best music score; personally, I thought Hans Zimmer’s orchestral score to be riveting.  The “Social Network”  took that win, and two other awards, including best adapted screenplay.
Here’s Forbes’s Magazine (and “See Saw Films”, no relation to “Saw’) analysis of the race for Best Picture:
Today, I saw another “short film”, about 5 minutes, at Trinity Presbyterian Church in Arlington, VA, called ‘Friday’s Aliens.”  (This is Church: on Good Friday, you know Sunday is coming; that was David Day's famous sermon at MCC Dallas in the 1980s.) The youth of the church had a 30 hour fast, during which one of their tasks was to make this film. They had less time that the “48 hour film project.”  It was kind of a spoof on “Paranormal Activity” (with a touch of the upcoming "Battle LA" or perhaps Rogue's "Skyline")  with flying saucers created out of shadows and digital camera faults. There was a CPR scene, without the defibrillator of my own notorious screenplay.  But there was a moral message. I’ve never done a fast (in fact, the Lama Foundation in New Mexico used to have a $100 weekend called “Purification by Fasting”), but it sends a certain message. No one lives just for his own ends, everyone is a social creature, no how well he or she competes.  That’s supposed to make a stake in the next generation possible, and a long time commitment possible, too.  There were youth sermons based on Matthew 6 about worry, and about the leveling of mountains from Isaiah (it sounds too much like mountaintop removal).  It’s always seemed to me that the New Testament begs an intellectual double standard on some moral precepts.
If "Friday's Aliens" shows up on YouTube, I'll post.

Update: May 28, 2011: The same church released to its members a 2 minute film "Rebuilding Together" about a volunteer project touching up a home for the developmentally disabled in Arlington VA.
Posted by Bill Boushka at 9:06 PM