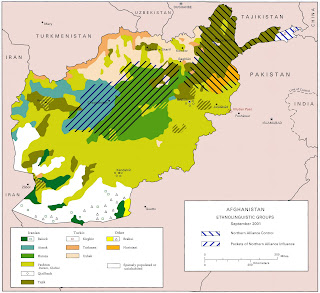 When I got “bought out” (as well as laid off) from my “final job” in December 2001, a coworker told me I should use my large severance and time off to go out and try to earn the $25 million reward for finding Osama bin Laden. Remember Morgan Spurlock’s film?  Actually, I have gotten a few tips over the years, through the Internet, and shared them properly.
In “Septem8er Tapes” (aka “September Tapes”), directed by Christian Johnston, from Complex Pictures and First Look Media (2004), a Nordic-looking American journalist and documentary filmmaker Don Larson (George Calil) plans, from London, his journey to Afghanistan for just that purpose.  He meets up with an interpreter Wali Zarif (Wali Razaqi) and cameraman Sonny (Sunil Sadarangari). He has bought the western interpretation of 9/11, but soon is confronted with the opinion of the “average Joe” in the Muslim world. It’s not so much about western modernism and hedonism as it (as Peter Bergen says) about getting every non-Muslim off Muslim soil. There is an existential conversation about whether innocent Americans are responsible for the “policies” of their government, or what “policies” really mean.
In time, Wali’s intentions become ambiguous, as Don digs deeper into the border areas and winds up, after arrests and beatings by the locals, in firefights, a soldier himself.  Eventually he fights for his life alongside Muslim bounty hunter Babak Ali, playing himself.
The story is told through a sequence of videotapes of Larson found in an Al Qaeda cave in the border areas, after Larson is reported missing. There is some foreshadowing, as we wonder why he is away from a beloved wife that he mentions, until at the end of the movie, in cell phone sounds, the film recreates the inside of the plane of Flight 93 (I think).
First Look Studios offers the entire film on YouTube to registered members here (warning for minors).

The DVD contains a featurette "Septem8er Tapes: Behind the Scenes" which shows how the story in the movie somewhat parallels the story of its making, as characters in the film have names and histories in real life (especially Wali) tracking the film. The film was shot in India and Afghanistan, with little time for on-location shots in Afghanistan. It took two years to make. A lot of payoffs and bribery were involved in getting past local authorities.  The "deleted scenes" include a confrontation between Don and Wali where Wali says he is not indebted to Don despite Don's giving him money, and another existential discussion between Don and Wali about freedom and accepting some moral uncertainty.
Here is some footage from Ed Lingao reporting in Afghanistan.  I didn’t find much else video on this film.
Wikipedia attribution link for etnic map of Afghanistan, from Army
Posted by Bill Boushka at 8:56 PM