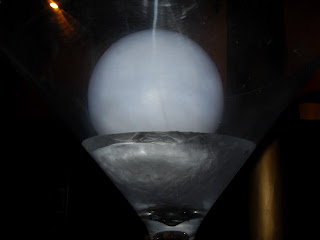 Silverdocs has presented the documentary “Wo Ai Ni Mommy” (“I Love You Mommy”, 78 min, directed by Stephanie Wang Breal.
A family on Long Island, Jeff and Donna Sadowsky, with two teen boys and a younger girl, decide to adopt a foster child from Guangzhu, China. Donna travels with her father and meets the child, who has difficulty adapting to so much, including how to learn English. But back in New York, she adapts quickly and “becomes” a Sadowsky. Donna says she wanted to adopt another child to meet her own mothering needs, it was not all out of charity; in some ways, it was “selfish.” But it’s clear in the film that she has taught all the siblings in the family to show affection for one another, and that isn’t easy.
The foster parents in China accept that they will not keep the child (or get the subsidy from the state), and believe that the child really will have a better life in America.
Toward the end of the film, the question as to why the family would “love” someone who looks so different from then is explored.
You get the feeling from the scenes in China that it is a bit like another planet, almost like us, but not quite. Her hotel is very modern.
Howard University Television, WHUT in Washington, aired the film on January 13, 2011.
The website for the film is this.
Here is the YouTube interview (from PBS) with Donna Sadowsky.

The program was followed by a couple of animated shorts, including one from the UK about a boy with Asperger's, and one from Germany about a soldier in the Battle of the Bulge contemplating having killed the enemy.
Posted by Bill Boushka at 9:12 PM