"No Strings Attached": "A-plus-k" is unmasked, and his chest is back; but the audience gets punked 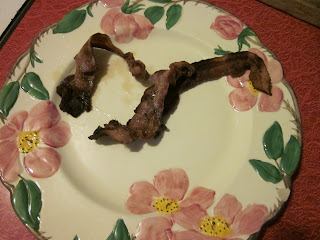 Ashton Kutcher is back: that is, his bod is back, in full measure and exposure, in Paramount’s “No Strings Attached”, directed by Ivan Reitman. As “Adam”, practically everything shows, and he has his chest back (not first class) from his own being punked to match a stunt double for Liongate’s “Killers”. As far as legs, he’s still in good condition, not a downhill racer.
Natalie Portman plays Emma (not Eve), and she plays someone a lot more together than the character in Black Swan. In fact, everybody seems to be a doctor or nurse but Adam himself, the playboy.
In fact, Adam has a screenplay, which his dad (an aging Kevin Kline) will review, and he winds up with a “job” in a studio (maybe script supervisor or something like that).
The story follows the model of George Gilder in “Men and Marriage”.  Activity without commitment ("string theory") leads nowhere, so Adam in the end looks for a better way to live. Predictable, but at least funny.
I found this moviefone article (from AOL) of why everyone “hates” Ashton, or is it just jealousy. He does post jobs in his company on Twitter. (That's Katalyst Media, here).

The music score had some current Sirius XM hipster stuff, like "Rhythm of Love" (I didn't notice any Taylor Swift, Kelly Clarkson, or Pink, but they all could have fit). The scene where Adam "performs" in less than 45 seconds could have used Timo Andres's "Flirtation Avenue", that is, the climactic (pun) passages of violent piano arpeggios crashing to a conclusion. Such music would have made the scene funny.
What have I done in the past 15 years (to answer the article)?  Well, written my “do ask do tell” books, set up the sites, try to make the movie. Is Asthon ready to direct a movie?  I would think he would want to by now.  But mine isn’t about being punked.

Here's Paramount's site for the film. Production companies included Spyglass, Montecito, and Katalyst.
Here's Moviefone's video of Ashton's interview on the movie.
On Twitter, Ashton is “aplusk”, or “A+K”.
Posted by Bill Boushka at 7:37 AM