More Donald Strachey, "On the Other Hand" 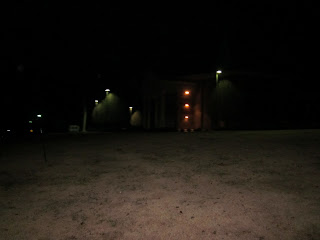 This time, the story manages to put together many troubling problems, while presenting a gay private eye (Strachey, played by Chad Allen) who lives in a male relationship as a normative social construct. Strachey doesn’t believe in chance or coincidence, but this time he is on two cases that come together. The heart of the matter is an aging lesbian couple (Margot Kidder and Gabrielle Rose) being targeted by vandalism, graffiti, and burglary. One is a guidance counselor at school who draws protests from townspeople for referring a gay teen to a suicide prevention service without the permission or blessing of parents. But the second subplot involves real estate developers who want to force the couple to sell for McMansion development. There’s a third subplot, a backstory; one of the pair also has a skeleton in her closet, participation in a Vietnam War protest in the past with a tragic result.

The film does point out the dangers of gay life, just from targeting and ostracism; yet, having seen two of these films now, I’m more struck by the way they seem to be like a television series. They are a bit overstylized. There are some interesting camera techniques, as in the first shot of the film with an oily, ambiguous reflection; later, a spinning fan frames an outdoor scene.