"The Human Resources Manager", from Israel and Romania, really isn't about "company men" 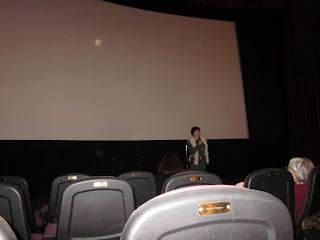 Today, The Avalon in Washington DC screened a “make up” of Reel Israel’s festival performance of Eran Riklis’s film “The Human Resources Manager”, based on a novel by A.B. Yehoshu. 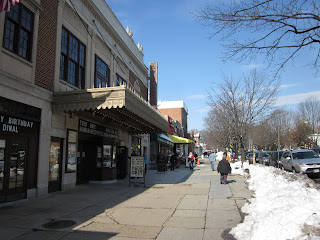 The title of the film suggests that it about workers and layoffs, but what it turns out to be is a bizarre, epic satire. Mark Ivanir plays the “human resources manager” of a bakery (Berman Bakery was used for the film) in Jerusalem. Working there on the assembly line is grueling, and the shift supervisor fires a middle aged woman working there at night for not keeping up.  When the woman dies as a result of a suicide bombing after her firing, a newspaper threatens a defamatory article, and his own boss (Rosina Kambus) urges him to make the journey to the employee’s native Romania with the casket.
The Romanian part of the film becomes that of an epic road picture, with the grim look of a former Iron Curtain country still not recovered from Communism. Ivanir meets the grandmother and the son (a fascinating Noah Silver), and on the way back even stays in an underground Cold War bunker when the van breaks down, and gets driven back to Bucharest by an Army tank.
The film was shot in super 16, but has astonishing detail in its look. I would have liked to see this in 2.35:1 because of the amazing road scenery.  This film would make a “Roadside Attraction” but it seems that the distribution will be Film Movement and Pyramide.  Considerable resources from France and Germany were used in this very professional looking film.
Kambus, and someone from DCJCC, spoke at the well-attended Sunday screening.
I couldn’t find a specific site for the film, but IFC (itself potentially another distributor, I guess) has a discussion here.  I' d expect to see this film show up in arthouses later this year.
First speaker today from WJCC at Avalon: 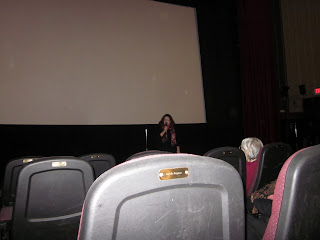