"The Heart Specialist": the unifocal (or overextended) lives of medical interns 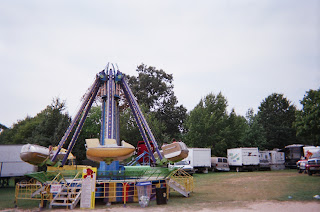 A film by Dennis Cooper originally titled “Ways of the Flesh” in 2006 is now in theaters as “The Heart Specialist”, from Freestyle Releasing in Jan. 2011. (I suspect Lionsgate will handle the DVD; the production company is One-Twenty.)
The title of this comedy is not as much pun as it sounds. It really does make fun of the tribulations of hospital medical interns or students, some of whom are constantly threatened by Dr. Graves (Scott Paulin).
Wood Harris plays the charismatic Dr. Sidney Zachary, with the artificial looking hairline.  But Ray Howard (Brian White) is interesting in varying from medicine into showbiz, as a standup comic (your "Stay out of the penitentiary" kind). It may be a bit of a spoiler, but Ray will undergo a medical challenge that is not funny, perhaps ashen. But, seriously, most medical interns lead a unifocal existence. The film missed an opportunity to explore the problem of the outrageous hours interns put in when paying their dues. But the need for precision in medical examination and procedures does get covered (particularly for Dr. Kwan (Kenneth Choi).
While tongue in cheek and irreverent, the film shows patients in horrible situations, such as one undergoing intercranial chemotherapy, and another with an allergic reaction that caused him to shed his mucous membranes and bleed out.
This is a curious comedy indeed, somewhat centric to the African American community, filmed in south Florida.
In Arlington VA, the AMC Courthouse showed this as AMC Independent.  The Courthouse theater has experimented with ethnic independent films, compared to Shirlington which is more mainstream indie. Both theaters need renovation.
Posted by Bill Boushka at 8:57 PM