"Casino Jack and the United States of Money": Is "documentary" for sissies? 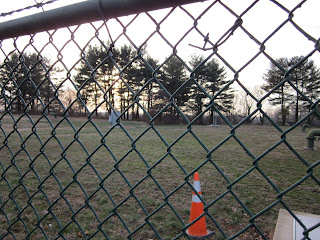 I did pick up a rental of Participant’s “Casino Jack and the United States of Money”, directed by Alex Gibney, from Magnolia.

It’s rather long for a non-Michael-Moore documentary (118 minutes), and starts off with a snarky pass at documentary film. That’s because Jack Abramoff was a film producer for a while (in the late 80s, with “Red Scorpion” is main film, obscure now, produced under the rubric of the International Freedom Foundation). “Scorpion” is in the Save area of Netflix (the “Red” means something). This got involved with South Africa’s politics in the time, which subsidized the Foundation (an expression of a paranoid, Cold War “Manchurian Candidate” way of looking at the world).

Abramoff also made mincemeat of ideological conservatism, starting out as a political bedfellow of a younger Karl Rove, saying the “college Republicans” weren’t pure enough. He went into Orthodox Judaism to buttress his ideology.

In time, his super-lobbying, with its earmarks and payoffs, became a ridiculous parody of the “free market”, as if public policy were a good or service to be sold like groceries (or maybe even health care). I’m reminded that in chess, in some opening variations, “material means nothing.”

The film is quite detailed and relentless in its chronicle of Abramoff. The lobbying industry becomes the way “money gives its orders to the State”. The individual in this system means nothing, and the Goliaths control everything.

The DVD has a New York screening Q@A with Gibney, and the Justice Department actually leaned on Abramoff to talk to Gibney.

In a radio interview on the DVD, Gibney says about the second film, "Kevin Spacey is a great actor but he's no Jack Abramoff." Remember Lloyd Bentsen to Dan Quayle?

Participant has a site for the film on its “Take Part” website here.
The subtext about tribal democracy is important, but probably hard to follow.  I became familiar with indian owned tribal casinos when living in Minneapolis. The Libertarian Party often held its conventions at Mystic Lake.

Magnolia Pictures offers this parody on how a bill becomes law.

Maria Glod has a Washington Post story today "Former lobbyist gets 27 months for campaign finance violations" about Paul J. Magliocchetti, 65, founder and owner of the now-closed PMA Group, link here.
Posted by Bill Boushka at 9:42 AM