"WikiRebels: The Documentary": Swedish Telefilm with up-to-date history of Wikileaks, Assange, and interpretations 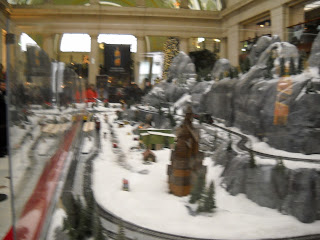 “WikiRebels: The Documentary” (“med läckan som vapen “) is a documentary film for Swedish television, available on YouTube from “Zerwas2ky”. A link from the Swedish telefilm network describing the film is here.

There is a scene at the “Chaos Communications Congress”.

Wikileaks was founded in 2006, and located much of its major infrastructure in Stockholm because of Sweden’s unusually favorable “freedom of speech laws”.

One of the early leaks concerned the use of interrogations to break down detainees by the US Marines at Guantanamo. Another leak concerned waste release in the Ivory Coast in Africa.

Sarah Palin bypasses US “transparency” laws by using a private email account for official business. In the beginning, only Julian Assange and Daniel Schmidt know how the operation works.

In 2008, Wikileaks exposes the over-extension of Iceland’s banking system, as already documented by the opening of Sony’s “Inside Job”. Wikileaks expands much of its infrastructure in Iceland.

Army PFC intelligence specialist Bradley Manning leaks sensitive materials from Iraq involving carelessness with civilians resulting in friendly fire casualties, and is turned in by a “co-conspirator, but Wikileaks winds up with a YouTube video of “Collateral Murder” (April 7, 2010 on my “disaster movies” blog; music from Samuel Barber’s “Adagio for Strings” plays. Assange says that the military treated the incident as a “video game” and bragged. The Pentagon accused Wikileaks of putting military and civilian targets overseas at risk.

Wikileaks would start editing, redacting and some fact-checking of the huge volumes of documents it would release. But WikiLeaks would become a Wiki-like encyclopedia of the Iraq war.

Assange lives on the lam, with a backpack and laptop, hosted by "friends" everywhere.

The editor of the film is Michael Halberg, and the reporters are Jesper Huor and Bosse Lindquist.

“Democracy without transparency is not democracy; it’s just a word.”

Note: On Dec 13, media reported that a secret grand jury is meeting in Alexandria, VA to consider charges against Assange in the US.