"Tron: Legacy": Now, users are what our "java methods" are for 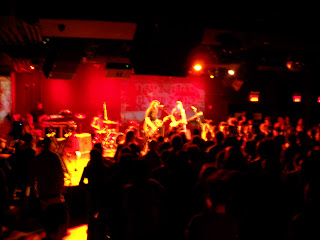 There was a great line in the 1982 film “Tron”, namely, “users are what our programs are for”. Given the use of systems development methodology at the time (whether Pride-Logik or SDM70) in the old mainframe world, it hit home then. I saw that Disney movie at the Inwood Theater in Dallas, which usually showed independent fare.


In the 2010 Disney “Tron: Legacy” (aka “Tron 2”) , the line is something like “we fight for our users”. In fact, end users (who are supposed to control computing in modern business) are a dying breed earlier in the film, particularly in an alternate virtual reality universe. And shouldn’t “programs” be called “methods”? And, by the way, in business, a "legacy system" is usually an older mainframe system feeding an end-user through a data access layer interface.

Now the founder of the ENCOM system (Kevin Flynn, played by Jeff Bridges) has disappeared, presumably through a wormhole into a weakless alternate universe. It turns out he is indeed living in the cyber world he had created, not exactly Second Life. The universe seems to have no geography; it is a barren plateau of gray silicone cliffs, and plenty or autobahns and tunnels, except for a “Tower of Ned” at one point near the portal. It is a kind of inverted Matrix. Much of the time the film seems to be almost in black and white, with splashes of orange.

Kevin’s son Sam, played by Minnesotan Garrett Hedlund, may in fact be another caricature of Mark Zuckerburg, although his demeanor is nothing at all like the Facebook founder.  (No aspiness, no virtual social network that lets you keep your old sense of self.) The Master Control Program is nothing like Facebook (or my “Do Ask Do Tell”), although the way Sam finds it, in a run down Vancouver bar called Flynn’s, in a back room. Like many kids, Sam is real good at typing Unix commands fast.

Once in the alternate reality, Sam is stripped on camera (not much to see) and pasted into a form-fitted virtual reality suit, like the kind they used to depict in Omni. Quorra (Olivia Wilde) is not exactly “most gorgeous gal”.

Again, the 3D is moderate, and does tend to give us a “real” experience in an alternate universe.

Picture: No, not "Tron": La Poisson Rouge in NYC
Posted by Bill Boushka at 1:48 PM

Disney has once again constructed a digital environment out of cutting-edge special effects, only this time, it isn't merely silly; it's as dry and talky as a PBS panel show.Here i watch tron legacy online very easily ........