"Santa Clause 2": A contract says Santa has to get married to keep his job! (another "Marty"?) 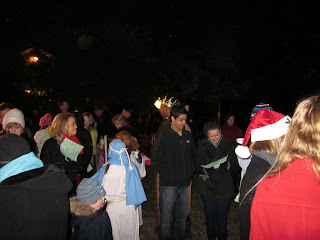 Well, “Santa Clause 2” certainly is a pun of a title. Scott Calvin (Tim Allen), as a “Santa”, faces “de-Santification” unless he gets married within 30 days. It’s written into his contract. I wonder how many jobs require you to be married. It happened in the 50s sitcom “My Little Margie” with the character Freddie, and “Motel 6” used to hire only married couples to run its properties. (The 1955 movie “Marty” is practically based on this premise. And the first page of John Grisham's "The Firm" mentions the idea for recruiting by a rogue law firm.)

There are bad things about de-Santafication. Your beard shortens and you lose your masculinity, or at least your hormones. This all sounds like Army barracks talk. (Don’t look at your legs.) You might lose your humanity, or you might regain it. It all gets rather Freudian.

You have to wonder how Santa got his son, who is on the “naughty list”. And then the movie plays with reality: there is a substitute Santa, who is about to become a puppetmeister and turn everyone into a toy. It gives this Walt Disney sequel (2002, directed by Michael Limbeck) a chance to spend about an hour in alternate universe reality.

The first “Santa Clause” (1994), had been based on the premise that a man who accidentally kills Santa must replace him.

Now there are some movies called ‘Santa Claus” without the legal contract, for example Robert Zemeckis’s 2004 Imax “The Polar Express” (based on Chris Van Allsburg’s fantasy) takes a kid on a fantastic Christmas Eve journey by train across winter wastelands to the North Pole, which turns out to have quite a community. That adventure really worked.

I see that I talked about "It's a Wonderful Life" on a posting Dec. 23, 2007; NBC aired it tonight (the "Santa Clause 2" aired on ABC). I think this year, there is some verification of the idea that the life of just one person really makes a difference. That's me.  I say that after watching almost a decade of growing nihilism. There is an idea, if "I'm not respected, why am I here?"  You see where that has led. But the 1946 classic film took us there, as Stewart's character (practically forced to jump in the river to save an angel and rediscover his own courage)  is shown by the angel what kind of a "Pleasantville" his home town could have become without him. I could say, I sought no one's permission to write my book and tell my story online for the past 15 years, regardless of "the privilege of being listened to."  Had I not drawn probably hundreds of thousands of visitors for a free story, I wonder if we would have "won" in Lawrence v Texas, overturned COPA, and now, just in the past two weeks, finally repealed "Don't Ask Don't Tell".  One person, working clandestinely but in plain sight can make all the difference. 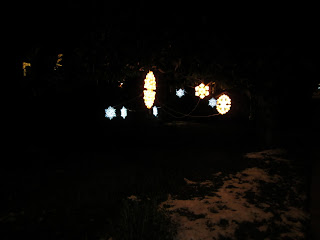