Michael Moriarty and Wyatt Page meet in a black and white wasteland, two of history's most opposite characters 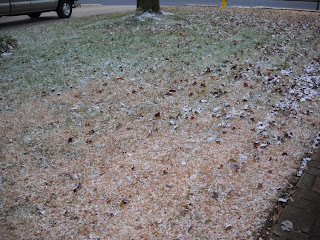 In a drab, black and white world in a communal city that might be on another planet, a bedraggled man who believes he is Hitler (Michael Moriarty) meets a another man (Wyatt Page), better kept, who believes he is Christ. That’s the setup of the film “Hitler Meets Christ”, based on the same play by Moriarty. The film comes from Pathfinder Pictures and Third Tribe Productions, and is directed by Brendan Keown.

Moriarty’s character struggles with whether he wants to slip into oblivion and not exist, or whether he feels pride in his unique notoriety (he had pretended he could be a god). Page confronts him with the idea that he is mostly about hate and nihilism (and holding those how had made him a “loser” responsible), whereas Page also says that he has to deal with the problems of being a prodigy and looked up to by everyone. Page says he has forgotten how to sleep.

There is an interesting passage about the attitude toward homosexuals (after calling Page a “prude”), and how Goering fit into the issue.

There is a line, “have you ever heard God laugh?”

The two men wander in a sanitized urban wasteland, alone most of the time, with occasionally some blank nameless faces around, sometimes some light snow. Is this what the hereafter is like, and endless purgatory, sort of a stage for observation by a puppetmesiter? The BW photography gives the film the look of Christopher Nolan’s “Following”.

At the very end, they have a final confrontation that starts with Moriarty saying he was the world’s biggest loser and had put a curse on his people, who would have to be silent forever. Page decides he does not have to forgive this one man, and issues a lightning bolt. Moriarty’s character snakes off “the stage”, coming to nothing.

The official site is overlaid with a Chinese site; I don’t know why. Mozilla Web of Trust says the site is OK.