"Made in Dagenham": a p.c. docudrama history of equal pay for women (first in the UK) 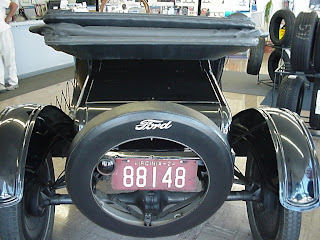 For me, the most arresting scene in Sony’s (and director Nigel Cole’s) “Made in Dagenham” is near the opening, where the shift whistle resounds through the theater’s Dolby Digital system, and on a Cinemascope scene the “machinist union” girls (in Britain, no less, back in 1968) start working like robots. It’s like a nightmare from “Metropolis”. “Real life” involves learning to work, and the bourgeoisie, or “intelligentsia” is, according to left wing (and sometimes Red state as well) logic, parasitic.

But the rest of this docudrama seems set up to make all the arguments for equal pay for women in the workplace in politically correct format and sequence. And most of the debate points seem to be group-oriented or partisan. For example, Britain couldn’t sustain a Labor Party if the unions got everything they wanted without a fight. Union leaders wouldn't have jobs with all their perks if workers really got from them what workers need. [In fact there is a line about whether Karl Marx himself was male chauvinist, or merely "Groucho".] And we see women in high places against equal rights for their own. We also see executives from Ford in Detroit (we get to see one scene from the Motor City as it looked in the 60s, when it was just starting to go downhill) making the argument that if they have to pay women equally in Britain, they can just pull all their factories. The threat of offshoring was known well as early as the 60s.

And, while watching this film, I kept thinking, Ford did not get the Bush-Paulson-Obama bailouts.

Seriously, when you want to make a film about a social justice issue, you have to decide how to spin it. In this case, there is a central incident, a 1968 strike by the machinists, which imputes all the other large scale political questions. (True, in a couple years, most major countries, including the US, were passing equal pay laws on the basis of gender – inviting an eventual blowback debate about the “family wage” from the right.) This film goes for the “greatest” common divisor. It makes all the points, but gingerly. But there are real characters, real working class families, real British flats, and real tragedies. Yet if you wanted to make a similarly-spirited movie about the in-progress repeal of “don’t ask don’t tell”, the task would seem to be much harder.

Here is Nigel Cole’s own account of his film (through Landmark Theaters), link. I saw it early Sunday Evening at the AMC Shirlington in Arlington, with a fair crowd given the snow.