"The Fighter": Paramount puts every indie company together for this quasi-Aronofsky flick 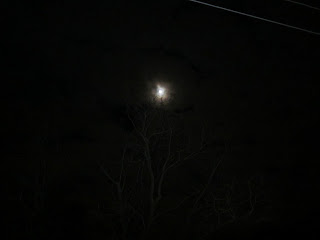 Well, I wasn’t thinking that we could use another boxing movie (after all of “Rocky” movies, “Raging Bull”, “Million Dollar Baby”, and “Cinderella Man”), but “The Fighter” popped up for the Christmas Oscar-entry season,

And it is weird.

The story concept sounds appealing. “Marky Mark Wahlberg” plays “Irish” Micky Ward, who saves his distended family (in blue collar Lowell, MA) by training his way up to a climactic welterweight match with Shea Neary (Anthon Molanari) in London – after his half brother Dicky Eklund (Christian Bale, aged with widows peaks from his role in “American Psycho” a decade ago) sinks into drug addiction after losing to Sugar Ray. But he has to accept Dicky back into the “family” to train him first.

Although carrying the brand of the Paramount Mountain (or is this “Paramount Vantage”?), AMC advertises this film is independent, with good reason. Including in the production credits are Rogue Pictures (Relativity), The Weinstein Company, and Darren Aronofsky (“The Wrestler” and of course the recent “Black Swan”, and presumably Protozoa Pictures). Why does the film belong to Paramount instead of Universal (normally connected to Rogue), or why didn’t TWC (The Weinstein Company) distribute it (going head on with “The King’s Speech”?) This is certainly big time art house fare for grownups.

The film is directed by David O. Russell (very much in Aronofsky style, as if Darren saw boxing and ballet as interchangeable).  I wonder if Clint Eastwood took a look at this one. But an Eastwood film would have been "quieter".

One important point; Dicky - it's even obvious in the early scenes -- has brain injury from all of the punches he has taken. Boxing is still the one sport where the object is to maim the opponent.

Picture: I missed the eclipse, but the Moon looks good under high clouds. This summer we’ll find aliens on the Dark Side, and another "Skyline" (aka Cloverfield) invasion of LA.
Posted by Bill Boushka at 7:38 PM