Darren Aronofsky's "Black Swan" merges a ballerina's career with the plot of "Swan Lake", and then even "Tosca" 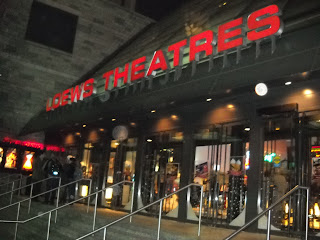 Darren Aronofsky (“Pi”, “The Fountain”) is famous for making art film out of merging reality layers, and “Black Swan” [no "the"] is surely his most ambitious experiment (with his own Protozoa Pictures, Cross Creek, and Fox Searchligh). Natalie Portman, on camera almost all the time, is an experienced ballerina (Nina) competing for both “Swan” roles in a NYC performance of Tchaikovsky’s “Swan Lake” (an early work). Her rival is Mila Kunis, playing Lily. Now Nina is supposed to have the career her mom (Barbara Hershey) gave up for having a family, and Vincent Cassel plays the dictatorial director Thomas, who, unfortunately for the female competition, is heterosexual and aggressively so. (He commits what in legal terms would constitute workplace sexual harassment.)

Aronofsky plays up the physical brutality of the life of a ballerina – the anorexia, the self mutilation, and turns it into horror, as the plot of the move gradually turns into the plot of the ballet Swan Lake itself. Nina, after a disco visit (well filmed) uses some controlled substances, which take her into the world of Inception. We are treated to her lesbianism, and later to some perverse violence, to the point that the ending of the ballet (where the rival swans have fought to the death for the prince) replicates the ending of Puccini’s Tosca.

Most of the music score for the film comes from the ballet, and I had the pleasure to see the film in Digital presentation at a sold out show at the AMC Loews Georgetown in Washington. Tchaikovsky’s music just carries you to the end, where the B Major chords give a sense of ironic triumph.

As I recall, Tchaikovsky has sometimes been used in earlier Smallville episodes, to great effect; Clark Kent in that show is essentially a ballet artist himself, but hardly anorexic. In “Black Swan”, the gay male ballet dancers more or less keep a low profile, which is too bad for the outcome of the story.